Floods in Iran Kill Four, Displace Thousands; Regime Does Nothing 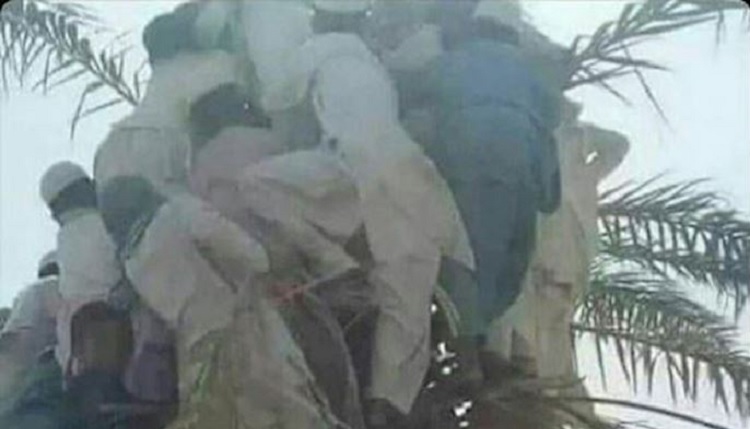 The floods have hit 500 villages in Sistan and Baluchestan alone, destroying 20,000 houses, while at least 130 towns and villages there are suffering from electricity outages. They are in desperate need of help, with photos and videos from the area showing people taking refuge in trees.

The Director-General of Sistan and Baluchestan Housing Foundation said: “So far, residential units in 176 villages of 14 cities including Chabahar, Kenarak, Ghasr-e-Ghand, Nikshahr, Fanuj, Dalgan, Sib and Saravan, Iranshahr, Khash, Mehrestan, and, Sarbaz have been damaged.”

Hundreds of villages near the city of Jask are under almost a meter of water and only accessible by boat.

In Nikshahr, 200 villages have lost internet and phone communications, so there is no news of their condition, but many villages are completely submerged, and the impoverished people have lost the few belongings they had. The roads connecting villages and towns are also submerged, with several roads and at least one bridge destroyed.

In Bandar Abbas, floodwater has covered all streets and many homes.

Five days on and the people are facing traumatic conditions.

“It’s been five days now that our homes are underwater. There is no clean water to drink. There’s no food, either. We’re struggling. We need help,” a local said.

While another flood-stricken citizen said, “The floods washed away mud houses and the thin sheep that we survived on. I have a student who’s been wearing a ripped pair of shoes for the last 1.5 years. Those shoes were also washed away.”

The Iranian authorities have, of course, been of next to no help. Officials are complaining that the provinces don’t have front loaders, bulldozers and other equipment to restore the pathways. The officials don’t say why, but the truth is that the current government plundered the wealth and assets of the people for its repressive, destructive and terrorist projects.

There are also reports about marsh alligators that have strayed from ponds into flooded areas. The alligators, called gando in the local Baluchi language, have became aggressive and have been menacing poor villagers due to feeling endangered by floods.

In a message, sending her condolences to flood victims, Maryam Rajavi, president-elect of the National Council of Resistance of Iran (NCRI), called on the local residents to help the disaster-stricken people of their provinces.

She also called out the Iranian authorities for laying the groundwork for this situation by wasting money on destructive policies (i.e. warmongering), rather than invest in disaster recovery, delivering urgent reliefs to needy people, or environmental protections.

Rajavi said: “By destroying the environment, the mullahs have worsened the floods, doing nothing to help the victims. They squandered the nation’s wealth to pursue nuclear and missile projects and warmongering, leaving our compatriots defenseless in the face of natural disasters.”

By destroying the environment, the mullahs have worsened the floods, doing nothing to help the victims. They squandered the nation’s wealth to pursue nuclear & missile projects & warmongering, leaving our compatriots defenseless in the face of natural disasters #Iran pic.twitter.com/pRcPukObTm

World Bank says has no plans for new loans to Iran