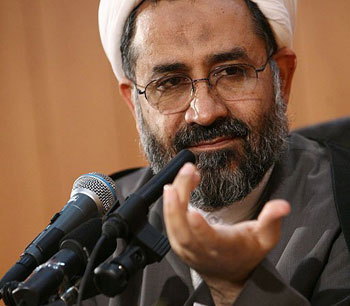 Intelligence Minister Heydar Moslehi made the allegation two days before Iran is due to resume talks with world powers seeking to resolve a long-running row over Tehran’s atomic work.

“The IAEA has been sending spies working for foreign intelligence organisations among its inspectors, and it should be held responsible,” Moslehi was quoted as saying by state broadcaster IRIB.

He was referring to IAEA inspectors who visit Iran regularly to monitor its atomic activities. The IAEA had no immediate comment on the allegation.

Moslehi repeated allegations that the intelligence services of Britain, the United States and Israel were behind the murder of an Iranian nuclear scientist this week, citing confessions from those arrested by Iran over the case.

The scientist, Majid Shahriyari, was killed in a bomb attack on his car on Monday.

Iran has accused the United Nations of complicity in the attack and said it considers those countries which had issued U.N. sanctions resolutions against Tehran accountable.

A separate car bomb on Monday wounded another nuclear scientist, Fereydoun Abbasi-Davani, who is subject to U.N. sanctions because of what Western officials said is his involvement in suspected nuclear weapons research.

“We consider responsible those who revealed the names of the Iranian nuclear scientists in the U.N. resolutions. They paved the way for this kind of assassination,” Iranian Foreign Minister Manouchehr Mottaki told a news conference in Manama.

Ties between Iran and the IAEA have become increasingly strained under agency chief Yukiya Amano, who has taken a blunter approach towards the Iranian nuclear issue than his predecessor Mohamed ElBaradei.

Iran has accused Amano of bias and ties soured further in June when he said Tehran was hampering IAEA work by barring some of its inspectors.

Iran has agreed to meet with a representative of world powers in Geneva on December 6-7 but it has made clear it will not negotiate about its “nuclear rights,” code for sensitive work the West suspects is aimed at developing an atomic arsenal.

The powers — the United States, Russia, China, France, Britain and Germany — want Iran to curb its nuclear programme, which Tehran says is for purely peaceful purposes.

In the world of Iran’s criminal officials, people like...