AP: A colleague of a nuclear scientist shot dead recently in Tehran is being investigated by Iranian security services who suspect him of leaking information leading to the killing, says an intelligence summary shared with The Associated Press. 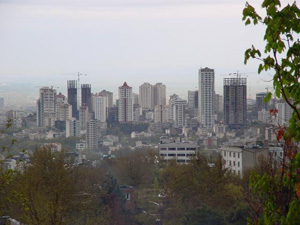 VIENNA (AP) — A colleague of a nuclear scientist shot dead recently in Tehran is being investigated by Iranian security services who suspect him of leaking information leading to the killing, says an intelligence summary shared with The Associated Press.

The report by an International Atomic Energy Agency member nation identifies the colleague as Mojtaba Dadashnejad. It says he worked with the victim, Darioush Rezaeinejad, on suspected Iranian attempts to make a component used in nuclear weapons.

Rezaeinejad was shot in July. An official from a member nation of the Vienna-based International Atomic Energy Agency said at the time the victim helped develop high-voltage switches, a key element in setting off the explosions needed to trigger a nuclear warhead.

An abstract seen by the AP on such switches bears the names of both Rezaeinejad and his co-author, Dadashnejad.

The July assassination by a pair of gunmen firing from motorcycles was similar to recent killings of two other nuclear scientists that Iran blames on the United States and Israel.

One in January killed a senior physics professor, while assailants on motorcycles attached magnetized bombs in November to the cars of two nuclear scientists. They detonated seconds later, killing one and wounding Fereidoun Abbasi, who is now Iran’s nuclear chief and a deputy president.

Iran has previously blamed Israel and the West, but Abbasi, in comments Monday repeated those allegations in unusually detailed and emotional comments.

Britain’s MI6 intelligence service, said Abbasi, shadowed him for six years, collecting information “regarding my past, my family, the number of my children and the way I got familiar with my spouse.” Material gathered abroad and at home extended to a check of the backdoor of his office “to see if I have bodyguards,” he said.

Then the “Zionist regime” of Israel, with the support of the intelligence services of England and the United States was entrusted to carry out the killing, said Abbasi, in Vienna for a meeting of the International Atomic Energy Agency’s general conference.

Abbasi himself is suspected of links to secret arms-related work, with western intelligence saying he personally directed work on calculating the yield of a nuclear weapon. His name figures on the U.N’s Iran sanctions list as someone “involved in nuclear or ballistic missile activities.”

In its report on Dadashnejad, the intelligence summary describes him as playing “a key role at the center of the Iranian nuclear project.”

This “explains the Iranian security forces’ fears concerning the leak of the information, if their suspicions are confirmed.”

A call Monday for comment to Ali Asghar Soltanieh, Iran’s chief IAEA representative, was cut short, with Soltanieh saying he could not talk and asking for a return call Tuesday.

Iranian officials initially said the man killed in July was a scientist but then described him as an electronic student. But an official from an IAEA member nation said Tehran was hiding the victim’s true identity, saying he helped develop high-voltage switches, a key component in setting off the explosions needed to trigger a nuclear warhead.

Iran denies it seeks nuclear weapons and insists its activities are geared only to generate fuel for a future reactor network and other peaceful purposes. But it refuses to cease activities that could be used to make such arms despite U.N. sanctions, and is stonewalling IAEA attempts to probe intelligence-based allegations that it worked on components of such weapons.

Explosives testing that can be linked to a nuclear weapons program is one of the alleged secret Iranian programs the IAEA has been trying to penetrate. Four of seven “areas of concern” listed in a section of a May IAEA report dealing with possible nuclear weapons programs experiments by Iran have to do with that issue, including suspected “high voltage firing equipment and instrumentation for explosives testing” for possible weapons applications.

Because of U.N. embargoes prohibiting the sale to Iran of sensitive nuclear technologies, it has tried to secure components clandestinely, including the high-voltage switches.

The official described Rezaeinejad as a physicist who had worked in the past for the Iranian defense ministry on projects linked to nuclear weapons development, including the switches. He asked for anonymity because his information was privileged.

Rezaeinejad — and co-author Dadashnejad — succeeded on his project, according to an abstract of an article presented three years ago to the 16th Conference of Iranian Power Engineering. If so that would move Iran a step closer to the technology needed to set off a nuclear explosion.

The abstract shared with the AP says the article, entitled “Designing, Manufacturing and Testing a Closing Switch” provides “details about the designing, simulating, building and testing” of such hardware.

“The said switch has been manufactured and … the results of tests show that the switch worked properly and met expectations,” said the abstract.

Such switches also have uses in medical and nonmilitary scientific applications. But a former U.N. nuclear inspector — who also asked for anonymity because of the sensitivity of the information — said the title of the document would make “an explosive application” likely, along with the fact that Dadashnejad, the co-author, had published several separate articles about explosives testing.

Nuclear warheads are triggered by a series of conventional explosions, and the switch in question is a key piece of hardware in the process. While Iran has denied weapons intentions since its nuclear program was revealed almost a decade ago, it apparently tried to import the components nine years ago.

Back then, Eddie Johansson, a Swedish citizen of Iranian origin who changed his name from Hojat Nagash Souratgar was foiled by German customs agents in trying to smuggle 44 high-voltage switches made by Germany’s Behlke Electronic GmbH to Iran.

George Jahn can be contacted at http://twitter.com/georgejahn

By Pooya stone For more than 40 years the...

Progress made on possible Iran sanctions

AP: The world's major powers made progress Thursday on...