Reuters: China told a visiting Iranian delegation that returning to nuclear talks was a “top priority,” the Xinhua news agency said on Saturday, in a meeting highlighting Beijing’s efforts to reduce tensions that could threaten its oil supply. 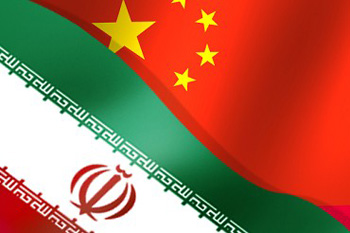 BEIJING Jan 21 (Reuters) – China told a visiting Iranian delegation that returning to nuclear talks was a “top priority,” the Xinhua news agency said on Saturday, in a meeting highlighting Beijing’s efforts to reduce tensions that could threaten its oil supply.

The delegation, led by Supreme National Security Council deputy secretary Ali Baqeri, visited Beijing as lawmakers in the United States moved to detail punishment of foreign banks that do business with the Iran’s central bank, the clearinghouse for its oil exports.

The United States hopes the sanctions will prevent Iran from developing what it says is a nuclear weapons programme. Iran says its nuclear programme is for civilian use.

“China believes the Iran nuclear issue should be resolved peacefully through dialogues and negotiations, and that sanctions and military means will not fundamentally address the problem,” Xinhua said, citing Chinese Assistant Foreign Minister Wu Hailong at the Friday meeting.

Xinhua said the Iranian side “expressed its willingness to resume talks” with six countries involved in discussions and to “strengthen cooperation” with the International Atomic Energy Agency, the U.N.’s energy watchdog.

The U.S. measures could potentially impact China, the largest buyer of crude from Iran, although the law allows an exemption for institutions in countries that have “significantly” reduced their dealings with Iran .

China has halved its imports from Iran in January and February, following a dispute over the terms of payment .

The threat of further sanctions has set off a round of diplomacy, with U.S. Treasury Secretary Timothy Geithner visiting Beijing and Tokyo this month, followed by a tour to Arab states by Chinese premier Wen Jiabao.

That company does little business involving the United States, but state-owned Sinopec Corp , which processes most of China’s Iranian crude imports, has a much larger international presence.

China has in the past consistently urged talks to defuse the Iranian nuclear issue.

Russia hopes for nuclear talks with Iran next month

Reuters: Russia hopes the next round of six-power talks...