A mysterious Iranian-run factory in Germany

Washington Post: For years, mystery surrounded an Iranian-­controlled factory tucked away in this town of 70,000 in Germany’s industrial west. The plant manufactured high-pressure gas tanks, but its managers seemed uninterested in making a profit.

By Michael Birnbaum and Joby Warrick 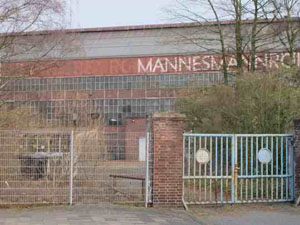 DINSLAKEN, Germany — For years, mystery surrounded an Iranian-­controlled factory tucked away in this town of 70,000 in Germany’s industrial west.

The plant manufactured high-pressure gas tanks, but its managers seemed uninterested in making a profit. Potential investors were turned away. An expensive piece of machinery — precise enough to produce components for centrifuges and missiles — sat idle after a failed attempt to ship it to Iran. Finally, the factory, MCS Technologies, closed its doors late last month.

Since then, the mystery has taken another turn. European security officials and former workers have raised questions about whether the high-tech equipment and material at MCS could have been part of a scheme to aid Iran’s rogue nuclear program.

Questions have arisen about the tangled ownership of MCS, which until recently was tied to a former Iranian minister of intelligence, and about the blocked attempt to export sophisticated machinery to Iran.

MCS has never been cited for violating sanctions on trade with Iran, and one of the company’s owners said it has done nothing wrong.

“For sure, the Iranian people try all their best to turn around the sanctions, but not in my company,” said Eshagh Hajizadeh, a Canadian citizen who bought the assets of the company in 2011. “I never want anybody in this world to have access to nuclear. It is against humanity.”

With the United States, Germany and other Western countries trying to tighten sanctions on Iran to slow its nuclear program, the MCS mystery demonstrates the difficulty of tracking the flow of technology and material that have civilian and military applications.

“Where we have dual-use technology, it is not easy to control simply by checking goods,” said Wolfgang Schmitz, a spokesman for the German Customs Investigations Bureau. “You need more info about the contract and the possible criminal elements inside it.”

One of the dual-use materials at MCS was carbon fiber, which is often used in the aerospace and automotive fields because of its extreme strength, resistance to heat and light weight. MCS used carbon fiber to build high-
pressure gas tanks for compressed natural gas and hydraulic systems. More than 2,600 pounds of the material still sits inside the plant.

Carbon fiber’s strength and heat resistance also make the material essential for advanced centrifuges. The cylindrical machines spin at supersonic speeds to enrich uranium, which can be used to fuel civilian nuclear plants or, at higher concentrations, to make fissile material for atomic weapons.

U.N. inspectors and intelligence officials say Iran has been trying to build large numbers of the advanced centrifuges, known as IR-2Ms, which enrich uranium much faster than its current generation of centrifuges.

But the officials say Iran has been scouring the world’s black markets for the vital carbon fiber. This year, suspicions that Tehran might have discovered a source for the material rose when Iran announced plans to install 3,000 of the advanced centrifuges at its main enrichment facility in Natanz in the central part of the country.

“The Iranians always exaggerate, but they clearly are getting better at making the machines,” said a Europe-based diplomat whose government tracks Iran’s procurement efforts. The official, who spoke on the condition of anonymity to discuss sensitive intelligence, said Iran’s attempts to buy carbon fiber are well documented.

A web of connections

Experts who have studied Iran’s clandestine procurement efforts say obtaining material and expertise from the German factory could have helped overcome bottlenecks that have slowed Tehran’s nuclear progress. A former sister company in Iran, Pars MCS, was designated by the Canadian government in 2010 as a possible contributor to “Iran’s proliferation-sensitive nuclear activities.”

Hajizadeh said that the German company had severed ties with Pars MCS and that business between the two companies had dwindled to a single contract since 2011. Two former employees said German engineers flew to Iran as recently as December 2011 to consult with Pars MCS. Hajizadeh said that only one German engineer went to Iran and that his only job was to service a machine sold to Pars MCS many years earlier.

Hajizadeh said MCS was shut down last month because it was losing $2 million to $3 million a year.

“Iran faces continual shortages of key dual-use goods for its centrifuge program,” said David Albright, a former U.N. nuclear inspector and president of the Institute for Science and International Security, a Washington organization that researches nuclear weapons programs. “Acquiring a foreign company can allow direct access to some of those goods.”

In 2003, Iranian-operated companies bought Mannesmann Cylinder Systems in Dinslaken and changed the name to MCS. The company had been in business since 1887, but it was bankrupt, and its employees hoped that new owners meant a new beginning.

Workers quickly found that the new managers seemed uninterested in running a profitable business. Instead, three former workers said in interviews, more attention was paid to starting the sister company in Iran, Pars MCS, to manufacture gas tanks there.

“Nothing was invested here,” said Peter Fichtner, who worked at MCS from 1997 until its final day, March 29.

Over the decade, managers shuttled in and out of MCS. Many of them had ties to the Iranian government, according to Emanuele Ottolenghi, a senior fellow with the Washington think tank Foundation for Defense of Democracies, who investigated the web of connections between the company and the government.

Until 2011, the company was owned by Reyco, a German affiliate of an Iranian firm called Rey Investment, according to company registration documents. Rey Investment is owned by a religious organization and led by Mohammad Reyshahri, a former Iranian minister of intelligence. The parent company’s board is filled with members of Iran’s political elite.

The former “owners were not just Iranian businessmen. Some of them were clearly affiliated with the Iranian regime or had links to Iran’s Ministry of Intelligence or Revolutionary Guard,” said Ottolenghi, referring to the elite military unit that helps oversee Iran’s missile programs.

Hajizadeh and another Canadian-Iranian businessman purchased MCS’s assets in 2011, cutting ties between the German operation and Pars MCS and Reyco. Records show that Hajizadeh remains a manager of Reyco, but he said it was no longer conducting business.

As a German company, MCS was able to buy carbon fiber from Japanese and French producers. The former workers said the material was so tightly restricted and monitored that even waste was weighed and recorded.

But when a reporter visited the shuttered plant recently, 2,600 pounds of carbon fiber was sitting in cardboard boxes on the factory floor. Experts say that amount of carbon fiber could allow Iran to build more than 550 top-of-the-line centrifuges. But Hajizadeh said his hope was to recoup some money by returning the material to the manufacturers, Toho Tenax of Japan and Toray of France.

In 2004, MCS tried to ship the machine to its sister company in Iran, according to an account from the German Foreign Ministry that was provided to The Washington Post. The Foreign Ministry refused to allow the equipment out of the country, and it has since sat, rarely used, at the Dinslaken plant.

“This machine is very sensitive,” said Benedict Nillies, the head of the technical department at Leifeld Metal Spinning, which manufactures the equipment. “The German BND,” Germany’s version of the CIA, “watches these machines very carefully,” he added.

The Iranians who controlled MCS at the time were so determined to send the machine to Iran that they asked municipal officials in Dinslaken to intercede with the German Foreign Ministry. “They pleaded for the mayor to intervene with the responsible authorities to allow export permission to Iran,” said Thomas Pieperhoff, a top official in the mayor’s office. The Foreign Ministry told the mayor’s office not to intervene, and the machine was not sent.

In early 2004, two similar machines from a Spanish company were discovered in Libya after Tripoli abandoned its nuclear weapons program.The machines had been delivered by the black-market network run by A.Q. Khan, a rogue Pakistani nuclear scientist.

At the end of March, as the plant was shutting down, a shipment of lightweight, carbon-
fiber-wrapped gas tanks was sent to Dubai, according to former employees and shipping manifests documenting the transaction.

Dubai is a frequent transit point for getting restricted material into nearby Iran, experts say. Concerned about the contents, Belgian customs officials pulled the shipment off a vessel in the port of Antwerp and searched it, according to a European security official speaking on the condition of anonymity because he was not authorized to discuss an ongoing operation.

The alarm turned out to be another testament to the difficulty of monitoring dual-use materials. The security officials said that the shipment was perfectly legal — and that it could have proceeded even if it were directly en route to Iran.

Warrick reported from Washington. Petra Krischok in Dinslaken contributed to this report.

U.S. may back Iran on nuke alliance

Washington Times: The United States is willing to consider...

A fake bargain with Iran