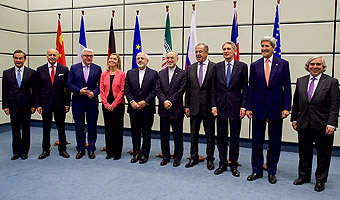 London, 12 Sep – United Nations inspectors will be present with Iranian technicians as they take samples from a key military site, two Western diplomats said, undercutting an objection by US Republicans to the Iran nuclear deal.

The diplomats were familiar with details of a confidential arrangement between Iran and the UN nuclear watchdog for inspections at the Parchin site, where some countries suspect nuclear weapons-related tests may have taken place, Reuters reported.

Iran has denied that allegation, but agreed to accept comprehensive International Atomic Energy Agency (IAEA) inspections of its suspect sites as part of the historic 14 July deal in exchange for an easing of international sanctions.

A report by the Associated Press in August said the agreement on Parchin suggested that IAEA inspectors would be barred from the site and would have to rely on information and environmental samples provided by Iranian technicians. The AP later published what it said was the text of an early draft of the agreement that remains unconfirmed.

The report was seized on by Republicans in the US Congress as proof that President Barack Obama’s administration gave in to Iran on inspections to check on Tehran’s suspected ambition to build a nuclear bomb.

IAEA chief Yukiya Amano rejected the report as “a misrepresentation”, though he declined to provide details of what some Republicans described as a “secret side deal” between Iran and the IAEA on Parchin. Amano said on 20 August that the arrangements with Iran were technically sound.

The agreement between Iran and the IAEA has not been disclosed publicly.

But the Western diplomats told Reuters that while Iran would be allowed to take the samples itself, IAEA inspectors would be physically present and would have full access to Tehran’s activity.

“There was a compromise so the Iranians could save face and the IAEA could ensure it carried out its inspections according to their strict requirements”, said one of the diplomats.

Inspections at Parchin, which is about 30 km (19 miles) southeast of Tehran, would be carried out by mixed IAEA and Iranian teams coupled with cameras overlooking and recording the process, the other diplomat said.

“The IAEA will be present when the Iranians take the samples (at Parchin). This approach to managed access is something that’s fairly standard in the IAEA toolbox. Nothing to worry about really”, the diplomat said.

Neither the IAEA nor Iran’s UN missions in New York or Vienna had an immediate response to queries about the Parchin inspection arrangement. Reza Najafi, Iran’s envoy to the IAEA, said on Thursday that Iran will not permit leaks of details about its arrangements with the IAEA.

Reuters: Members of Iran's Revolutionary Guard have been found...

AFP: Iran has blasted arch-foe the United States over...