Iran: How Can the US Deal With the Nuclear Threat? 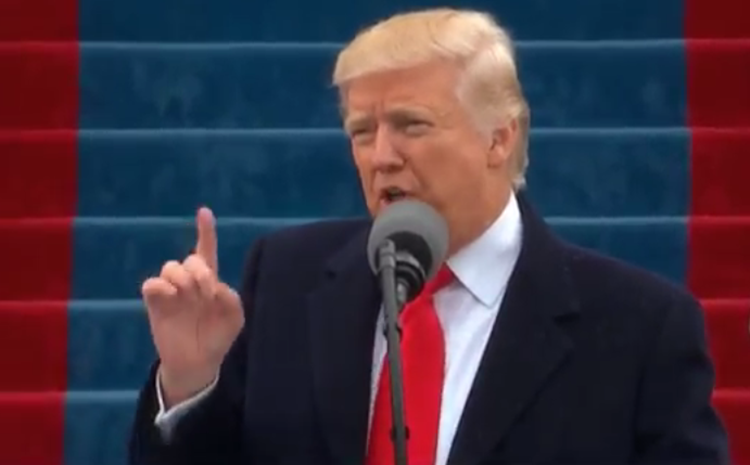 London, 21 Jan – In September 2015, Donald Trump said that the Iran nuclear deal was a “bad” deal. He said that if he was elected president he would renegotiate with Iran to make it better. But it must be recognised that the Iranian regime’s plans are not just with regards to nuclear weapons. It is developing ballistic missiles and technology transfers and the nuclear deal does not include these.

The Iran nuclear deal was laid out by John Kerry Secretary of State and was validated by the UN Security Council. It is thus improbable that Britain, France, Russia and China will agree to changing the deal. These countries have already started to do business with Iran worth billions of dollars. Boeing in the US has also started doing business with Iran meaning that if the deal was scrapped or amended, sanctions would be applicable again meaning the US and allies would be economically damaged.

In any case, Iran has already advanced. In 2013, the President of Iran said at the US General Assembly that it had domesticated nuclear knowledge and that “nuclear technology, inclusive of enrichment, has already reached industrial scale.” Intelligence has also indicated, this month, that Iran’s power is increasing, as is its nuclear capability. Its aggression towards other nations in the region is also a concern, especially for Gulf Arab states and Israel.

So if renegotiating the deal is not an option, what can the Trump administration do? Well, the first step to take is to make sure that Iran follows the terms of the deal to the letter. It has already broken the terms or interpreted them in ways to the country’s advantage. Inspections need to be done thoroughly and without Iranian officials being present. It is also imperative that Iranian officials are not told in advance when inspections are to take place.

Iran’s atomic energy agency is led by Ali Akbar Salehi. In 2010 he started a National Nuclear Fusion Program. He said that sanctions will not have any impact on the program, just as sanctions have never stopped the Iranian regime from doing anything else it wants. Salehi said that Iran was capable of nuclear development on its own, but it could advance much quicker if other countries helped.

What is even more alarming is that Salehi said Iran has not ruled out the possibility of selling “strategic products, including enriched uranium and heavy water”. As Iran has established contacts in Pakistan, Russia, China and North Korea, the proliferation of nuclear materials is a frightening possibility. Once the restraints in the nuclear deal expire, Iran can go ahead and try to sell – threatening peace worldwide and prompting other nations to develop nuclear weapons in response to such a threat.

The Iran nuclear deal forbids “any activity related to ballistic missiles designed to be capable of delivering nuclear weapons … [for] eight years”. This does not include missiles without nuclear elements. Furthermore, if Iran violates this clause, no penalties are specified.

American experts are worried about the accuracy of such weapons, and coupled with the unrest in the Middle East, the threat is real. Curtailing Iran’s missile programs must be a priority for the US.

As the deal stands, if Iran were to follow the terms, it only needs to put nuclear plans on pause until 2031. If Trump intends to keep his word about not allowing Iran to obtain a nuclear weapon, he must plan now for the far future. To permanently quash Iran’s nuclear intentions, he could perhaps discuss introducing Iran back into global systems. Whatever the possible solution may be, now is the time to do it before Iran gets even deeper into its nuclear plotting.

Ten arrested in Iran capital ahead of fire festival

Iran’s President Rouhani is anything but a moderate

Conservative Home: Many in the western press and beyond...