Iran: Victim of state-sponsored terrorism reacts to death of Rafsanjani 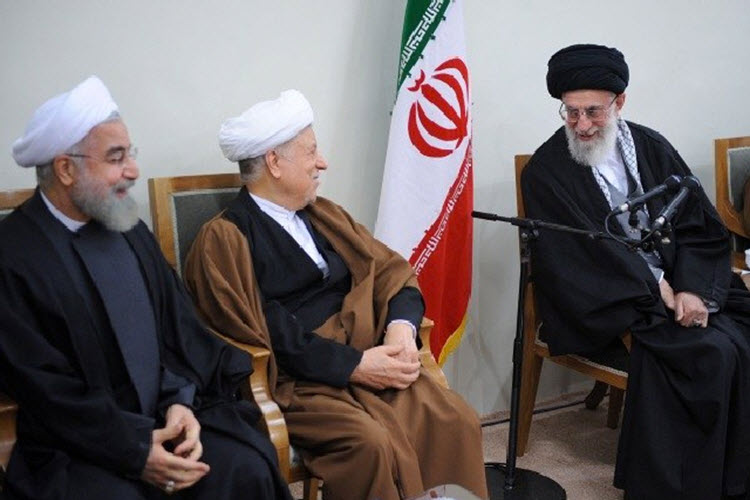 London, 20 Jan – In an article on the Diplomat’s website, Hossein Abedini – a member of the Iranian resistance and the Foreign Affairs Committee of the National Council of Resistance of Iran (NCRI) – has given his take on the death of Ali Akbar Hashemi Rafsanjani, the former President of the Islamic Republic of Iran and the number two man in the ruling theocracy.

Abedini gives his thoughts as a victim of state-sponsored terrorism.

He said that his initial though upon hearing the news of Rafsanjani was when he was in Turkey in 1990 when he first encountered Rafsanjani’s henchmen. He recounts how he was talking to the taxi driver on his way to Istanbul airport when four men blocked the way of the taxi and another car pinned them in from behind.

He said: “Seconds later, two strange men, one from the front car and one from the car behind, jumped out with automatic weapons. As the assailants approached, I had a few seconds to decide how to avoid becoming sitting ducks. I opened the car door and rushed at them carrying only a small Samsonite briefcase. One of the men fired nine bullets; the other man’s gun jammed. I was shot in the chest and stomach and gravely wounded. The assailants fled. I fell unconscious, my battle for survival just begun.”

Thankfully Abedini was close to the hospital but he was in a coma for 40 days and unconscious for three months. He lost 80 percent of his liver, had a bullet wound very close to his heart, had numerous operations and was given 154 pints of blood.

It was later discovered that Abedini was not the target. The regime’s henchmen were actually after chairman of the Foreign Affairs Committee of the NCRI – Mohammad Mohaddessin.

Mohammad Mohaddessin explains: “When the regime found out that they have failed, they tried twice to finish me off in the hospital. Once, assassins disguised as Turkish police approached the hospital; by pure coincidence, the Turkish police arrived at the hospital at the same time and foiled the plot. Another time, two men pretended that they were my friends and found my room in the hospital. In reality, they were the mullahs’ men. Once again, I was fortunate; several real friends came to visit me at the same time, and the would-be murderers fled.”

Abedini himself admits that he is one of the few people to have survived an assassination attempt by the Iranian regime.

At this time, Rafsanjani was the president. The claims of him being moderate and pragmatic are false. He was no different to the other mullahs. During his time in office there were numerous assassinations of Iranian dissidents abroad and there were several large terrorist attacks.

Rafsanjani also had a significant role in the 1988 massacre where around 30,000 political prisoners were killed. Most of those murdered were members of the MEK. The massacre has been referred to as one of the most serious crimes against humanity in recent times.

Rafsanjani also had huge involvement in the regime’s drive for nuclear weapons.

Abedini was therefore very positive about the death of Rafsanjani – one of the major pillars of the regime. He said: “After Rafsanjani’s death, the regime will lose its internal and external equilibrium. In light of other crises Tehran faces, that means the outlook for the regime’s future has become significantly bleaker.”