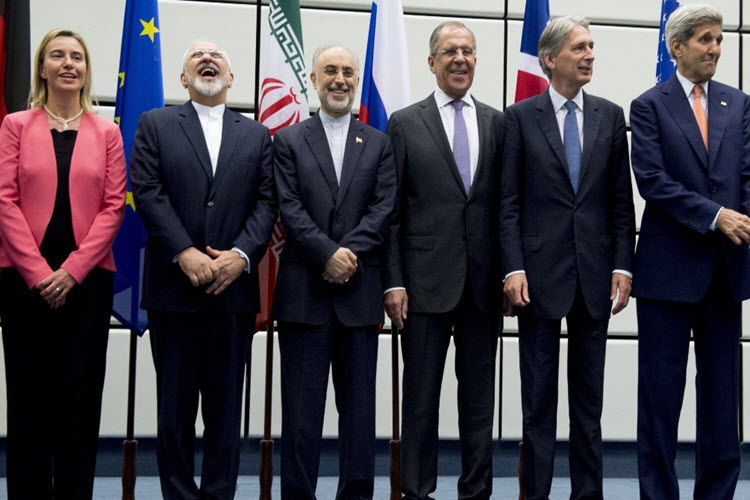 London, 17 Feb – Experts have been claiming that the Iran nuclear deal could fall apart. This is no surprise because Donald Trump, before he got elected, had a lot to say about the deal – none of it positive. He even mentioned that he would completely scrap the deal.

The nuclear deal was signed in 2015 with the US, Europe, China, Russia and of course Iran. Expert Mark Fitzpatrick from the International Institute for Strategic Studies has an in-depth knowledge of the nuclear deal and has tracked every centrifuge and investigated satellite imagery of nuclear sites in Iran for more than 10 years. He has been involved in numerous meetings, listened to experts from all sides and has looked into all scenarios that could come from the nuclear deal.

He believes that the nuclear deal is in great danger of falling apart, but emphasises that Iran will do all it can to keep it in place. The threat of the deal falling apart is putting tremendous pressure on the Islamic Republic because it will guarantee the reversal or cessation of economic benefits.

If the deal were to fall apart, Fitzpatrick thinks that Iran will go back to uranium enrichment activities and this will make the possibility of a military strike even more real.

Many people have pointed out that as the United States is only one of several parties to the deal it would be impossible for President Trump to scrap it without the backing of the other countries. However, Fitzpatrick points out that this is not true. Trump could easily undo the deal.

He adds that it is essential for the US to keep piling pressure on Iran. He said that declarations such as putting Iran “on notice” are not very effective because they are vague and result in Iran trying to see what this means. He calls on President Trump to ensure Iran stops provoking the US in actions such as missile testing and harassment of vessels in the Gulf.

Fitzpatrick said: “They are doing more missile tests. Not every missile test, however, is dangerous. Iran recently was said to have tested another missile. It wasn’t a ballistic missile that could carry nuclear weapons, it was an anti-ship missile. We shouldn’t jump at everything Iran does and say ‘this is dangerous to the U.S.’ We should be careful how we assess Iran. That is my recommendation.”

Fitzpatrick mentioned his concerns about the visa ban imposed by Trump (which is currently suspended). Sanctions imposed by the US on Iran are aimed at the government but the visa ban is aimed at everyone in Iran. Furthermore, there have been no terror attacks by Iranians in the US.

Factions in Iran are split – some want to do everything they can to keep the nuclear deal intact whereas others want to continue in the same way as during President Obama’s time in office. It is expected that the regime will split even further as time goes on. Something will have to give along the way.

AFP: Iran's nuclear programme was at the centre of...