US Secretary of State Vows to Review Iran Policy 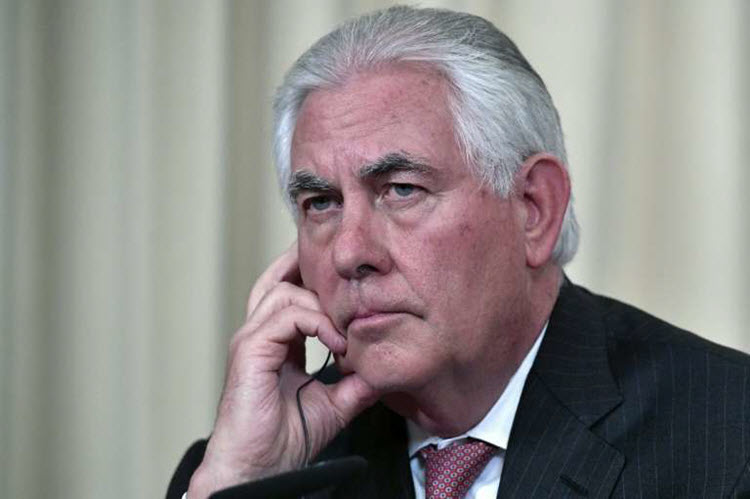 London, 20 Apr – Yesterday, Rex Tillerson, the US Secretary of State, stated that the US will be carrying out a thorough review of policy towards Iran.

He slammed the Iran nuclear deal (which will also be reviewed), saying that it did not do anything but delay Iran’s nuclear goals.

“The evidence is clear: Iran’s provocative actions threaten the U.S., the region and the world,” he said.

Tillerson said that although Iran has been adhering to the terms of the nuclear deal, the fact that is it the leading state sponsor of terrorism is one of the reasons that the United States may seek to break from the deal.

He also listed numerous other reasons for a possible break from the nuclear deal, such as the provocation carried out by Iranian vessels towards US Navy ships. In one such incident, warning shots had to be fired before the Iranian vessels moved away.

Also mentioned was Iran’s detention of foreigners, some of which include American citizens, and the ballistic missile testing that violates UN resolutions. The cyber-attacks are also another example of the country’s provocative behaviour.

Iran has appeared on the list compiled by the US about countries supporting terrorism since 1984. In recent years, its support for terrorism has ramped up to unprecedented levels. Most of the regime’s terrorist activities are carried out via its Revolutionary Guards Corps (IRGC). Financial and material support is provided across the region, as well as training. A lot of this is carried out with militias.

Earlier in the week, James Mattis, the Defense Secretary, spoke in Saudi Arabia about the crisis in Yemen and Iran’s role. He said: “The militia they maintain, Lebanese Hezbollah that they support in Lebanon, that militia is contributing thousands of fighters, and of course Iran’s got its own military inside Syria continuing to hold [President Bashar] Assad in power. Everywhere you look, if there is trouble inside the region you find Iran.”

Iran’s involvement in Syria has been tremendous. Without Iran’s involvement, the civil war would have ended long ago. Every time the opposition was close to gaining ground, Iran drew in hundreds and thousands more forces.

Last month, several senators presented a bill that would impose new sanctions on Iran for its support of terrorism and its activities regarding ballistic missile testing. Unfortunately it has been delayed because of the presidential elections due to take place in Iran in May.

Reuters: A group of U.S. senators pressed China on...