13 US Senators Call for Investigation in Iran Prisoner Swap 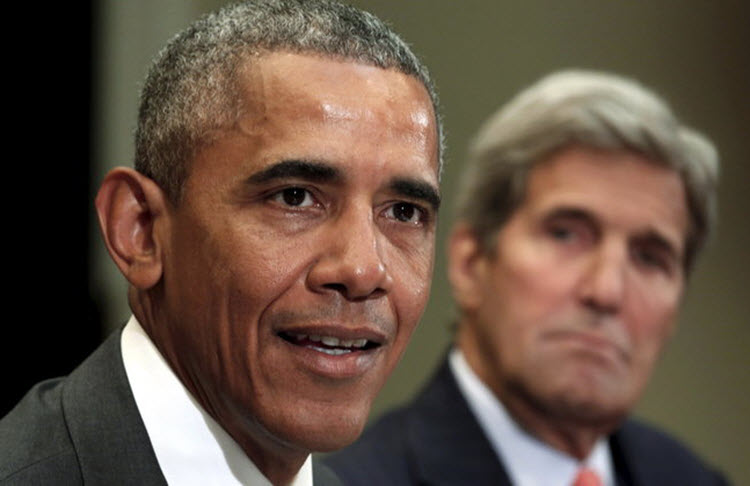 London, 8 May – Thirteen US Senators have signed a letter calling for answers about the prisoner-swap scandal under the Obama administration in which seven Iranian prisoners in the US were exchanged for five US hostages in Iran.

The deal, which also allowed 14 fugitives to evade justice, was one of the most perplexing political deals in the US during Obama’s presidency as it may have jeopardised the non-proliferation effort to stop Iran from getting hold of nuclear weapons.

The Obama administration described the Iranian prisoners as civilians who had merely violated economic sanctions (although considering that money funnelled to Iran funds terrorism, that should be bad enough), rather than terrorist-sympathisers at best who knowingly sold weapons technology and hardware to Iran, in direct violation of US sanctions.

Worse still, these men may still pose a direct threat to US national security.

The letter read: “Based on new reports, we are concerned that President Obama and certain previous administration officials intentionally suppressed the seriousness of the charges against these individuals in order to garner public support for the nuclear deal with Iran, and we fear that these individuals may still pose a threat to the national security of the United States.”

This is especially troubling as, according to Politico, three of the fugitives have sought to lease Boeing aircraft for an Iranian airline linked to the terrorist group Hezbollah.

The letter continued: “We have suspected for some time that the seven individuals who received pardons or commuted sentences as part of this exchange were convicted of providing significant assistance to Iran’s nuclear program.”

The most prominent of the seven prisoners released is Seyed Abolfazl Shahab Jamili, who was charged with leading a procurement network that ran via China for seven years. During that time, he procured thousands of parts, including US-made sensors for the uranium enrichment centrifuges, to help Iran develop nuclear weapons.

Many federal prosecutors and agents were furious when they were told to stop tracking the 14 fugitives who still, in their expert opinions, posed a threat to the US and its allies. When the agents found ways to capture the fugitives on foreign soil, they were told by their bosses to stand down.

However, the Trump administration has pledged to crack down on the Iranian nuclear programme.

Although an investigation by the State Department last month found that Iran was in compliance with the nuclear deal, the Iranian Resistance revealed that the Regime had actually begun research at a secret site and that Iran was breaking the terms of the deal.

Secretary of State Rex Tillerson announced a government-wide review of U.S. policy toward Iran in the face of “alarming and ongoing provocations that export terror and violence, destabilising more than one country at a time”, last Wednesday.

The news of the prisoner swap was revealed by Josh Meyer of Politico in late April.

Reuters: Instead of celebrating his 18th birthday at home...