Iran: Trump Administration Must Continue to Move in the Same Direction 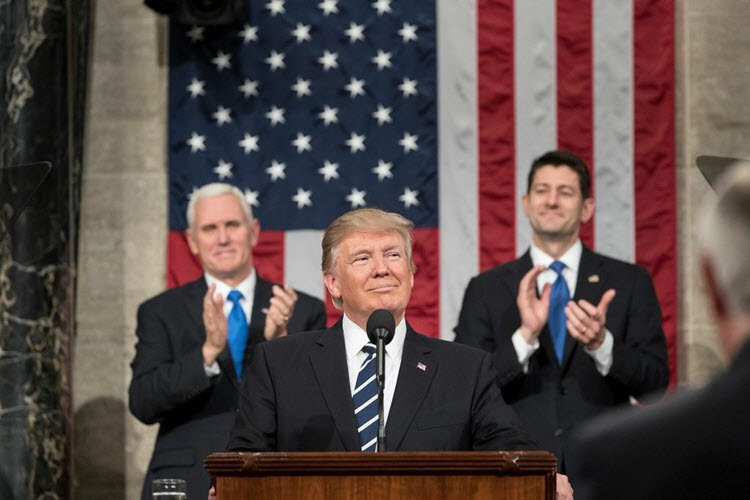 London, 5 Aug – The Countering America’s Adversaries Through Sanctions Act of 2017, H.R. 3364, has now been signed by US President Donald Trump. The administration can now tackle the foreign adversaries that pose a threat to the US, such as the regimes in North Korea, Russia and Iran.
The administration knows that is has strong support from legislators with regards to Iran and North Korea. There is a consensus that strong action, even stronger than previous measures, needs to be taken.

It is hoped by many that the administration will move towards pushing for regime change in Iran. For years, the Iranian regime has been threatening the United States, and it only became bolder in its actions in the Middle East when it realised that the Obama administration was turning a blind eye. Former President Obama pinned all his hopes for his legacy on the Iran nuclear deal and was prepared to let Iran carry on as it pleased for fear of them walking away from the deal.
When Trump took office, he was determined to confront Iran. Before being elected he made it very clear that he would take action to put an end to Iran’s nefarious acts. Not long after his inauguration, he worked on sanctions that targeted the country’s ballistic missile programs.
Many experts and analysts have said that designating the Islamic Revolutionary Guards Corps (IRGC) as a foreign terrorist organisation would curb Iran’s terrorist activities across the region because it has such a major role in the country’s economy. Cutting off major sources of funding would inevitably hurt the IRGC, possibly to the point of no return.
The most recent sanctions legislation effectively does so because it is extending every terror sanction to the whole of the IRGC.

However, it remains to be seen how the Trump administration will move forward. There have been a few hiccups already – firstly when the bill encountered delays two months ago, and secondly, when Iran was granted compliance with the nuclear deal.
The compliance announcement was somewhat of a shock to many, but it was followed with the news that a thorough policy review would be undertaken.

With regards to the nuclear deal, there are very few who do not agree that it needs to be analysed in detail, followed by actions to address the numerous and significant faults it presents. This is the time for the Trump administration to right the wrongs of the Obama administration’s treatment of Iran.
Last month, the main Iranian opposition, the National Council of Resistance of Iran (NCRI), held its annual “Free Iran” rally in Paris. There was an overwhelming consensus that regime change in Iran was not only possible, but also imminent. Numerous politicians gave their support and emphasised that it is with the only viable opposition that change in Iran can be implemented.

Sunday Telegraph: Washington has stepped up pressure on Pakistan...

What if Israel strikes Iran?

Wall Street Journal, By John Bolton: Whatever the outcome...