Iran’s Threats to US May Prove Costly to Iran 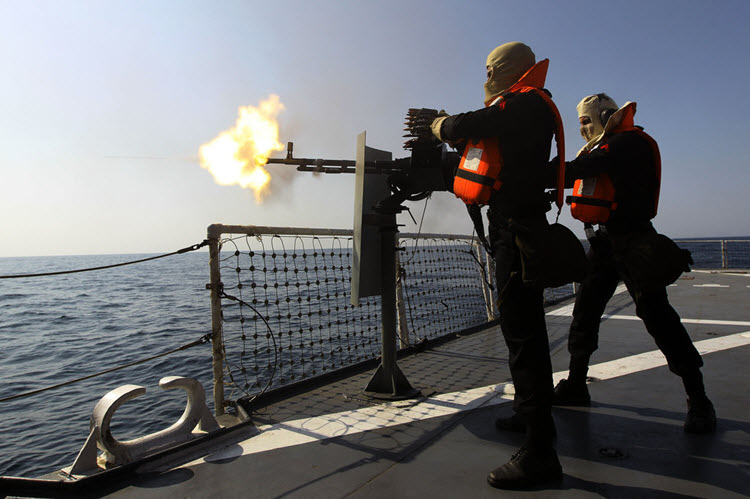 London, 24 Aug – The Iranian Regime has threatened to resume its nuclear programme if the US imposes any further sanctions against them and the Iranian Revolutionary Guards Corps have continued to harass the US Navy in the Persian Gulf, so the 2015 nuclear agreement is looking more and more like a failure by the day.

Donald Trump has already accused the Regime of violating the spirit of the Joint Comprehen¬sive Plan of Action (JCPOA), which lifted sanctions against Iran in favour of curbing their nuclear weapons programme, and the heated exchanges may well lead to a new nuclear-oriented conflict.

While most people worry about the threat posed by North Korea, Claude Salhani on UPI assesses that Iran may be the one to watch because they are already physically threatening the US.

Salhani wrote: “This crisis has the potential of developing into a far more serious dispute than the one with North Korea. The reason is quite simple. Apart from the heavily policed demilitarized zone separating the two Koreas, there is no possibility of U.S. forces coming into contact with the North Koreans. In the Gulf, however, the Iranians seem intent on provoking the Americans into an international conflict.”

Salhani cites repeated US Navy reports which accuse the Iranians or the IRGC of flying drones dangerously close to US vessels in the Persian Gulf to wither cause a collision or force a confrontation.

On August 13, the US Naval Forces Central Command reported that an Iranian drone had come within 300 meters of a US Navy aircraft carrier in international waters.

A representative for the US 5th Fleet called this “unsafe and unprofessional”.

The IRGC defended its drone use in a statement and said that everything they’d done had been in ac¬cordance with current regulations.

It even accused the US of not having “capable identifica¬tion and reconnaissance systems.”

Salhani writes that there are three main schools of thought on the Iranian regime’s nuclear programme: optimists, pessimists, and realists.

The realists, however, understand why a nuclear-ready Iran is so threatening to the West and why the Regime is so desperate to obtain nuclear weapons.

During the Iran-Iraq war, Saddam Hussein used chemical weapons against front-line Iranian troops and, according to Salhani, the Regime vowed to never be in such a vulnerable position again.

Then, during the US invasion of Iraq, Iran thought that they would be next on the list of invaded countries and built up a nuclear weapons programme to deter the US.

Of course, further provocations by the Iranian Regime may start a war that they are not prepared for against a foe they cannot beat.

One of the best ways for the international community to limit the Iranian Regime’s access to nuclear weapons is to throw support behind the Iranian Resistance who believe in a non-nuclear Iran with a commitment to human rights.

Reuters: Iran would be available to hold further talks...