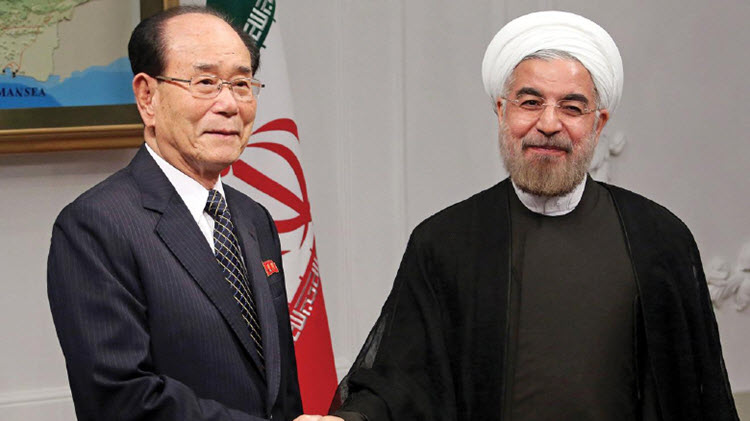 London, 19 Sep – Even though North Korea is making all of the nuclear-related headlines right now, we should be more worried about Iran’s nuclear programme, according to a political activist.

Keyvan Salami wrote an op-ed for The American Thinker in which he outlined why Iran’s nuclear program is more dangerous than North Korea’s.

Whereas North Korea is concerned about defence and is not focused on taking over the world, Iran wants to export its “revolution” across the Middle East and indeed already does so by meddling in the affairs of other countries (like Iraq and Syria).

Salami notes that those looking to pursue a nuclear deal with North Korea, in a similar vein to the Joint Comprehensive Plan of Action (JCPOA) with Iran, ought not to base their ideal agreement on such a flawed one.

He wrote: “JCPOA advocates and opponents can put forward a variety of arguments regarding the nuclear deal and its role. What is obvious, however, is that the JCPOA has not only failed to halt Iran’s nuclear program, in fact it has provided significant support in this regard.”

Indeed, this agreement may actually be allowing Iran to complete research on nuclear weapons while still benefiting from sanctions relief, as they appear to have been buying technology from North Korea.

He wrote: “In the JCPOA, Tehran finds an opportunity to continue its research without any major hindrance, and rest assured Iran will abandon the deal when its research leads to obtaining nuclear weapons. The status quo is as Iran wishes, with no military sites inspected… Crippling sanctions have been lifted and billions of dollars placed at Iran’s disposal. As a result, Iran is continuing its nuclear weapons ambitions and keeping a low profile in this regard.”

Iran’s Atomic Energy Organization chief Ali Akbar Salehi and Iranian President Hassan Rouhani have also threatened that if the US increases sanctions on them, then Iran will simply restart their nuclear programme “within hours”.

Salehi said: “If we make the determination, we are able to resume 20 percent-enrichment in at most five days.”

Rather than welcoming these men at the UN General Assembly, the international community should be listening to the voices of the Iranian people who widely oppose their rule.

Salami wrote: “Iran is an unstable regime with no social base and has remained in power thanks to crackdowns and exporting crises abroad. Obtaining nuclear weapons would complete its agenda of domestic crackdown and foreign crises. To this end, viewing Iran’s nuclear program according to the JCPOA framework will lead to another case of the world being deceived, and the central banker of international terrorism obtaining nuclear weapons.”

He continued: “Therefore, a comprehensive policy is needed to restrain Iran while targeting this regime’s regional meddling, holding it accountable for human rights violations, and placing all military and non-military sites under inspection.”

Ex-premier is expelled from governing party in Iraq

New York Times: In a shakeup at the top of...