Iran and North Korea: President Trump and The “Storm” That Is on Its Way 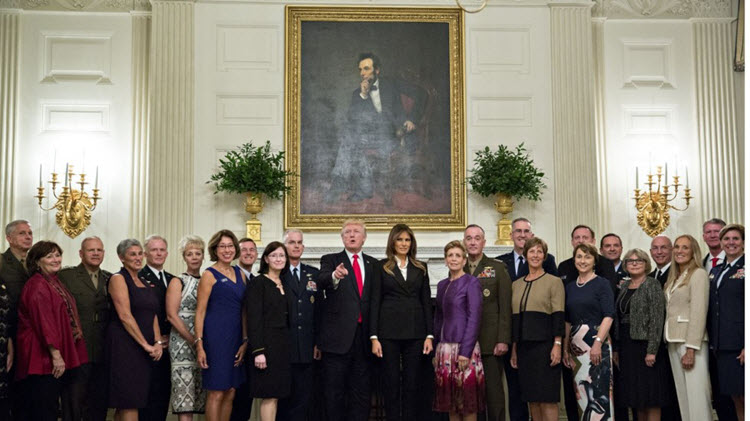 London, 9 Oct – During a dinner for military commanders and their spouses last week, United States President Donald Trump made reference to the “calm before the storm”. There has been much speculation about what the president meant by this comment, but there are rumours that he was sending a strong message to Iran and North Korea about their current behaviour. It may be his way of warning the two countries that unless they change their behaviour, there will be some serious consequences.

Both countries have been testing to see how far they can push Trump and to see what action he will take. Iran is working on its own weapons and North Korea is testing long-range missiles and nuclear weapons.

During the election campaign, Trump spoke a lot about how he would act faced with rogue players in the international community and criticised leaders who announced what action would be taken, giving the rouge players warning about what would happen. He maintained that any action should come unannounced and he seems to be keeping to his promise.

Dealing with Iran and North Korea is a real challenge because both nations have made it very clear that traditional diplomacy will not work. He needs to decide whether economic sanctions on North Korea will continue, despite them having little effect now. He must also decide whether to decertify Iran’s compliance with the nuclear deal.

His deadline to decide about Iran is 15th October. If he does decide not to recertify Iran, like he has done twice already in the past (albeit reluctantly), Congress will have 60 days to decide whether pre-agreement economic sanctions will be reimposed.

Many believe that Trump will de-certify Iran’s compliance with the nuclear deal, but will then encourage Congress to hold off on reimposing the crippling economic sanctions. This will enable Trump to address and properly deal with Iran’s actions and all the issues that are not dealt with in the deal – all without actually scrapping it. If the sanctions were to be reimposed, the deal would almost certainly unravel and Iran has already threatened to start enriching uranium if this happens.

Experts have warned that Iran and North Korea could be cooperating and sharing knowledge and expertise on their nuclear programs, and it is feared that Iran will become an even more serious threat than North Korea.

Trump described the deal as “one-sided” and an “embarrassment” to the United States, and unfortunately these descriptions are very true. Former President Barack Obama who negotiated the deal was so desperate to leave this as his legacy that he conceded to Iran’s demands and requests time and time again. The result was a deal that gives Iran the capability to construct a huge nuclear arsenal while adhering to the letter of the agreement.

So, now all we can do is wait and see what the “storm” brings. Hopefully it will not be a military storm, but Trump has always said that this option is not off the table. Diplomatic options may prove to be pointless with the two rogue regimes, so an economic solution may be the most likely.

Whatever it is, it is certain that there needs to be a “storm” because both nations will continue with their aggression and threats if no action is taken.

Reuters: The United States has reminded India about its...