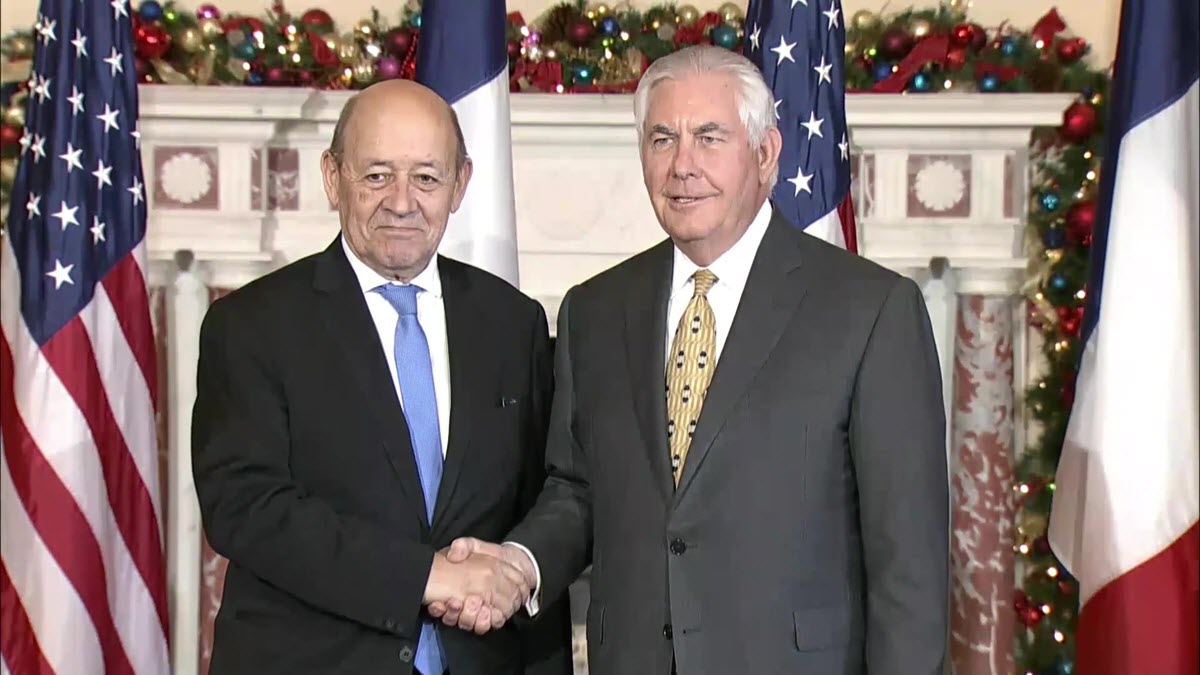 London, 20 Dec – During his visit to Washington, French Foreign Minister Jean-Yves Le Drian stated that France and the United States are determined to “vigorously” raise pressure on Iran over its ballistic missile program, including possibly through sanctions, according to a report by Reuters International.

In recent months, tensions have risen between Iran and France. Both sides have publicly criticized each other, and le Drian accused Iran of “hegemonic temptations” in the region.

In fact, President Emmanuel Macron was attacked by Tehran over his tough stance, who said Paris would soon lose its international credibility if it “blindly follows” U.S. President Donald Trump.

“They didn’t like the word, but I stand by it,” Le Drian told reporters. “Iran’s hegemonic temptations in the region is a matter of urgency because it’s within the framework of getting peace in Iraq and Syria that we will stop this process.”

Iranian officials have been particularly aggrieved by France has criticized Iran over its ballistic missile tests and has suggested that there may possibly be new sanctions over the program. Tehran calls their missile testing program “solely defensive in nature.”

Le Drian is due in Iran at the beginning of January, where he plans to clearly outline Paris’ concerns. “We are fully determined to press very vigorously on Iran to stop the development of an increasingly significant ballistic capability,” Le Drian said, reiterating that sanctions were possible.

Macron has reaffirmed his country’s commitment to the nuclear deal, formally known as the Joint Comprehensive Plan of Action (JPCOA), that Iran signed in 2015 with world powers. Under the deal, Iran curbed its disputed nuclear program in exchange for the lifting of most international sanctions.

Le Drian said that he believes that Washington is beginning to understand the European stance regarding the need to maintain the accord, after his talks with the U.S. officials. In an interview with a small group of reporters, Le Drian also discussed Trump’s repudiation of the Paris climate agreement, UNESCO, trade deals, and the broad international consensus that Jerusalem should not be recognized as Israel’s capital until its status is resolved by Israelis and Palestinians.

Independent: An Iranian man known as the "vampire of...

Born Addicted: The Tragic Tale of Drug Abuse in Iran