New NSA Appointment Will Be a Major Blow to Iran 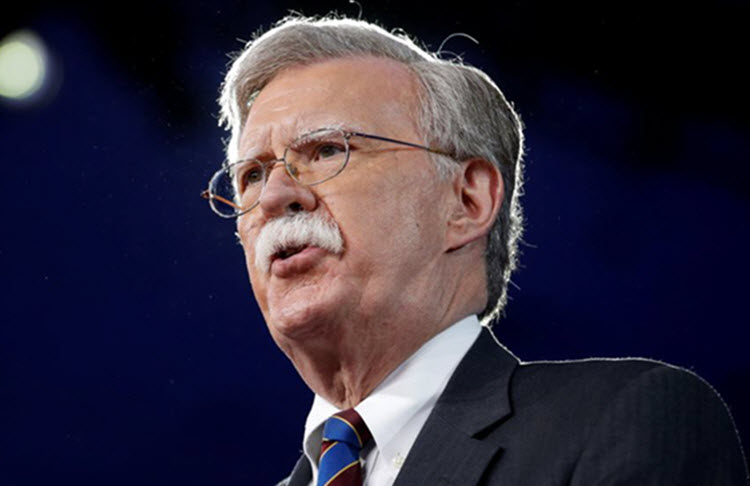 Critics of the Trump administration are saying that the president is turning his office into “war cabinet” because of the number of generals he is appointing.

The National Security Adviser, or NSA, holds a critical post in the White House and is in a role that puts them in direct contact with the President very frequently, especially for numerous briefings.

Bolton has a reputation of taking a hard-line position with regards to many issues and he has made no secret of his wish to maintain a strong stance with regards to threats from China and Russia.

Bolton has also been outspoken about his thoughts on Iran. He is a supporter of the National Council of Resistance of Iran (NCRI), the main opposition to Iran. Every year, the NCRI holds a huge gathering in Paris in support of the Iranian people and to reunite the opposition that is working towards a free, equal and democratic Iran.

At last years’ event in Paris, Bolton told the tens of thousands of people gathered at the event that Trump’s appointment as President of the United States was positive news for the Iranian Resistance because he is “totally opposed to Tehran”. He also said that the United States has a responsibility to ensure that the 1979 revolution does not last until its 40th birthday.

Bolton, at the event, warned that President Hassan Rouhani cannot be trusted because Iran’s violations were getting worse. With regards to Iran’s compliance with the 2015 nuclear agreement – a hot topic of discussion that that time – Bolton said that whether Iran was in full compliance or not makes no difference because of all the other violations it is carrying out. He emphasised that as well as carrying out countless human rights violations at home, Iran is exporting terrorism and spreading chaos across the Middle East.

Bolton knows that Iran is a huge threat to the security of the United States (as well as its interests and allies). Yet, he has been a victim to those who wish to sully his name by calling him a racist or by saying that his is anti-Muslim. He is committed to getting rid of extremist groups such as al-Qaeda and ISIS – both of which include Muslims. His fight is not against Muslims – it is against the extremist groups. He is fighting for the Muslims.

Bolton is a strong believer in regime-change in Iran as the only solution. He said last year that he has been urging the US government for the past ten years to make its policy towards Iran the overthrow of the clerical rule. He maintains that Iran will not change – just like the millions of people in Iran that are calling for the same.

The news of the appointment of the new NSA has already made Iran nervous. Even more nervous than it already is.