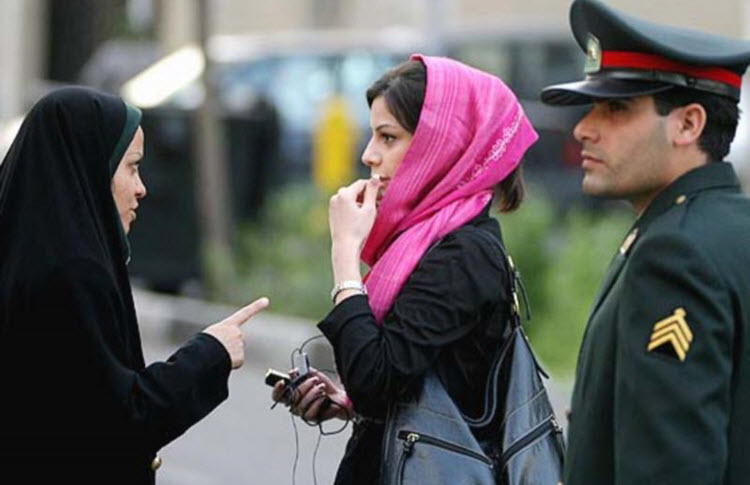 London, 26 Mar – A high-ranking Iranian Shiite cleric has advised the authorities to be tougher in their crackdowns on women protesting the compulsory hijab laws in Iran.

Nasser Makarem Shirazi also insisted that Iranian officials needed to stop referring to the laws as “compulsory hijab” because it has “negative connotation[s]” that risk undermining the Iranian Regime.

He said that the hijab was not “forced” upon Iranian women by the Regime, but rather it is “a requirement women should comply with”, which sounds pretty much compulsory to everyone else.

Makarem Shirazi, better known as Makarem, made these comments during a meeting with Police Chief Hossein Ashtari in Qom on March 24.

He also accused the peaceful female protesters of wanting to “undermine Islam” by eliminating the hijab altogether, which is not what anyone was suggesting, before suggesting that the police deal with the anti-compulsory hijab protesters in a manner that should worry anyone in support of human rights.

In fact, he advised that the police go further than they already have. Consider that women have already been arrested, beaten, threatened with ten years in jail and much, much more, for merely removing their hijab in public.

Makarem said: “There is no difference in the opinion of various clerics regarding hijab.”

This is frankly untrue as there is a lot of disagreements among the religious community, with some advising that these rules should change with the times and some opposing the hijab altogether, noting that it is not mentioned in the Quran.

Most importantly, the majority of the Iranian people believe that women should decide what they wear.

Still Makarem insists that “Hijab is an Islamic law that should not be broken”.

As such, many Iranians have taken to social media to mock the mullah, spreading memes that show him “banning anything that feels good, including scratching an itching foot”. While on Twitter, many lawyers, including Mehrangiz Kar, have stated that laws cannot contradict the norms and customs of a society, meaning that the hijab cannot be forced.

These peaceful protests against the compulsory hijab are part of an overwhelming anti-regime protest movement in Iran that took on a new focus in December, with 142 cities seeing massive protests against social and economic injustice and political corruption.

As of writing this piece, 35 Iranian women have been arrested for removing their hijab in public, with some freed on bail. Two women were given sentences of two years’ imprisonment; although one has now been commuted to three months.

AFP: An Iranian woman lawmaker is backing the removal...