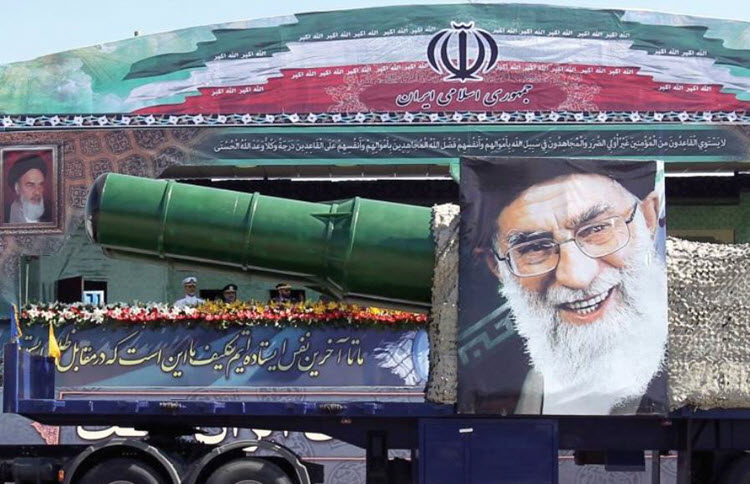 London, 2 May – The Supreme Leader of Iran has refused point blank to negotiate Iran’s malign role in the Middle East or its ballistic missile programme, something that Donald Trump wanted to fix under the nuclear deal.

Ali Khamenei instead accused the US Treasury Department of waging an economic war against Iran for the sanctions that have been imposed by the US over the past year, which relate to Iran’s human rights abuses and sponsorship of terrorism among other things.

The US may also soon withdraw from the nuclear programme, as a result of Iranian noncompliance, which would result in international sanctions against the Regime.

Khamenei criticised Trump, without actually having the guts to name him, reiterating that he had written to former US President George Bush years ago and told him that the “hit-and-run era is over”.

This was supposedly meant to imply that if the US ‘hit’ Iran again, that Iran would hit back.

Khamenei said: “They know that if they get into a military conflict with Iran, they will be struck multiple times over.”

However, it is worth noting that the Iranian Regime does not do direct military action and would instead use its proxy militias across the world to attack the US. It’s also important to remember that the US military absolutely dwarfs the Iranian one, so the US wouldn’t be worried.

One of the key issues that the US has with Iran is the Regime’s regional threats, such as their interference in Syria and Yemen. Khamenei claimed that these wars were the result of the US’s presence in the Middle East and that the US should withdraw, but there is no mistaking that the Iranian Regime is manipulating these conflicts for its own benefit.

Furthermore, Iran’s Deputy Foreign Minister Abbas Araghchi has threatened that Iran is “fully prepared” for any scenario if Trump pulls the US out of the nuclear deal.

He said: “Iran [is] fully prepared for any US scenario on the 2015 nuclear deal.”

The head of Iran’s Atomic Energy Organization, Ali Akbar Salehi, said that Iran was ready and able technically to enrich uranium to a higher level than ever before if Trump pulled out, which is strange considering that they shouldn’t have been working on that over the past two years.

It’s worth remembering that Iran is acting tough because it is terrified of being overthrown by the people of Iran. The Regime is weak and putting on a front to hide this from its enemies and the Iranian people.