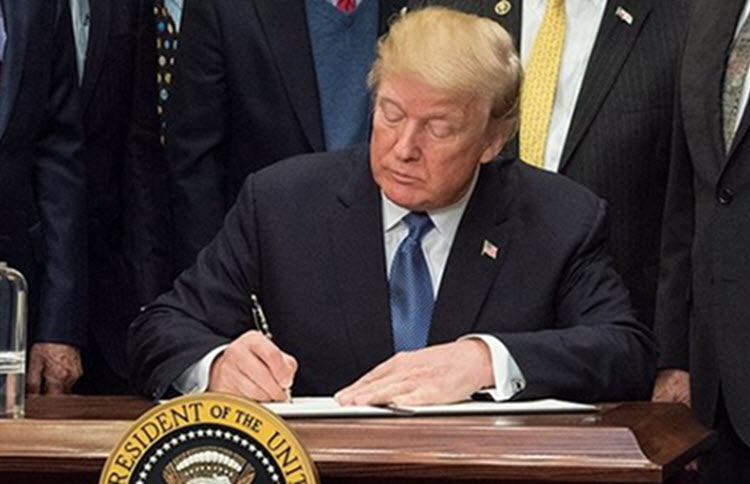 London, 2 May – In less than two weeks, President Trump will announce whether he is going to re-certify the 2015 Iran nuclear deal or not. It is uncertain whether he will once again waiver the sanctions but there has been a lot of speculation.

Trump announced that he wanted to ensure that the deal is strengthened and the loopholes that Iran is taking advantage of are removed. He wants the sunset provisions to be cancelled and he told the other signatories of the deal that Iran’s belligerence across the Middle East and its ballistic missile program must be addressed.

Experts are saying that it is likely Trump will not grant the sanctions waiver and it will spell the beginning of heightened tension between the two nations. It is likely to have a big impact on the oil market and the United States relations with other nations.

In an interview with Oilprice.com, the Principal Deputy Coordinator for Sanctions Policy at the Department of State from 2013 to 2015 under the Obama administration Richard Nephew, spoke about the impact Trump’s decision will have on several issues. Mr. Nephew wrote a book entitled “The Art of Sanctions” and was the lead sanctions expert for the United States during the Iran deal negotiations.

Mr. Nephew said he thinks that Trump may not back down and will likely withdraw from the deal. If that happens, he will have to make a decision about the timeframe for renewing sanctions, not just against Iran but also with respect to US partners and other nations.

Speaking about the impact on the oil market, Mr. Nephew said: “We could see barrels off the market within days if people have flexible enough contracts to start making reductions. But, we will likely see shifts in purchasing within the first 60 days or so such that the 180 day reduction requirement can be achieved without having to undertake dramatic cuts at the end of the period.”

The expert also predicted that if sanctions were to be re-imposed, China and Russia will decline to cooperate with the United States. He said there is the possibility that they could react by increasing trade with the Islamic Republic.

Europe, on the other hand, he said will “split”. Mr. Nephew believes that some European countries may cooperate with US sanctions, however it is likely that a few will still carry out as many business transactions with Iran as they can. He said: “Europe will split, with some companies cooperating with U.S. sanctions and others refusing. But, even those cooperating may continue to do as much business as they can. I find it hard to believe there will be the kind of U.S.-EU cooperation as existed in the past, particularly in the context of Trump’s trade war.”

Some of the European countries have been more interested in preserving trade relations with Iran than tacking its belligerence in the Middle East.

President Trump has made it clear that the Iran threat needs to be dealt with thoroughly and the international community should be supporting and actively working towards the same goal otherwise there will never be peace and security in the region.

AFP: Iraq's parliament will reconvene on July 13, the...