Iran Accelerates Arrests of Dual Nationals While Denying All Wrongdoing 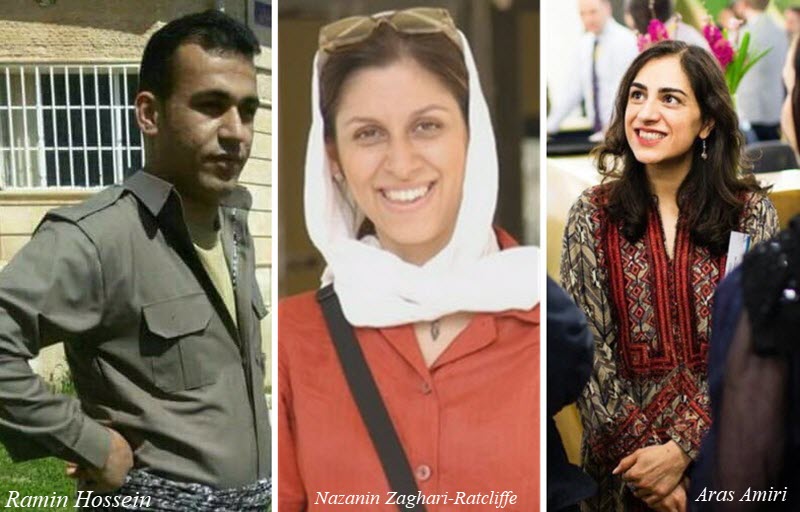 On Monday, it was reported that yet another dual national had been arrested in Iran and subjected to unsubstantiated accusations of membership in a foreign “infiltration network.” Mahan Abedin is described as a “security analyst” and the director of the London Center for Terrorism Studies, but much of his professional work has been criticized in the West and by Iranian dissidents for defending and sympathizing with the existing Iranian government. This fact suggests that hardline authorities such as the Iranian Revolutionary Guard Corps and the Intelligence Ministry attach significantly more weight to foreign affiliations than to the actual views espoused by the person with those connections.

Indeed, the report notes that the conspiracy theories advanced by certain Iranian authorities even suggest that favorable views toward the Islamic Republic are used by foreign intelligence services as a cover for their supposed efforts at deep infiltration of Iranian politics and society. This paranoia about dual nationals recently led to the ouster of Deputy Environment Minister Kaveh Madani, a water conservation expert whose return to Iran from Britain was widely regarded as a test case for the prospect of other expatriates returning in a professional capacity.

After taking office in 2013, Iranian President Hassan Rouhani famously promised that Iranians who were living abroad should feel free to return home, and that they would face no consequences for doing so. But Rouhani has recognizably failed to uphold this promise, as evidenced by the fact that over 30 dual nationals have been arrested on spurious charges since the conclusion of nuclear negotiations between Iran and six world powers in the summer of 2015.

Some of these arrests took place at the hands of the Intelligence Ministry, which is ostensibly under Rouhani’s control. This supports the conclusion that either Rouhani has no real power within his own government or that he has made little to no serious effort toward upholding progressive-sounding promises. This conclusion was also the highlight of a recent report by the CHRI, which criticized Rouhani’s introduction of a Citizens’ Rights Charter in December 2016.

The report noted that while such a charter has the superficial appearance of promoting human rights domestically, it has actually had the opposite effect in practice. This is because the charter has no defined mechanisms for implementation or enforcement, and essentially serves no purpose other than to distract attention away from the president’s responsibility to hold his Intelligence Ministry accountable for its arrests, unlawful monitoring, and abusive interrogations.

Furthermore, CHRI credits the document with giving observers a “false sense of progress,” something that regime authorities have often sought to reinforce through public statements that deny well-established accounts of human rights abuses but do not provide evidence for the falsity of those accounts. Indeed, this is the only recognizable role played by Iran’s own so-called human rights monitor. The office frequently disregards foreign criticism of Iranian human rights issues as instances of cultural imposition, particularly as it relates to the regime’s rampant misuse of the death penalty.

Another CHRI report emphasized on Wednesday that international human rights defenders are continuing to exert pressure on Tehran over pending executions that appear to violate universal standards. Toward that end, Agnes Callamard, the United Nations special rapporteur on extrajudicial, summary, or arbitrary executions has written another open letter regarding the case of Ramin Hossein Panahi, following up on an earlier appeal by Callamard and two other special rapporteurs.

The latest message re-states the key problems with the case, including the fact that the Iranian Kurd was held incommunicado for four months after being accused of membership in an armed separatist group, and was evidently subjected to torture, ill treatment, and denial of access to medical treatment during that time. His conviction also took place in absence of basic principles of due process or access to a lawyer, further raising the probability that it was based on a false confession.

The Panahi case is representative not only of Iran’s unchecked abuse of the death penalty, but also of its systematic abuse of religious and ethnic minorities. The latter issue was also highlighted on Friday, in a report that specifically identified 18 members of the Baha’i religious minority who are currently in prison for practicing their faith. More to the point, the report noted that Foreign Minister Javad Zarif denied the fact of that political imprisonment in an April 23 address to the American Council on Foreign Relations.

IranWire pointed out that such denials are typical of Zarif’s public statements, and that he was widely ridiculed in April 2015 for stating plainly in a PBS interview, “We do not jail people for their opinions.” Presumably, the foreign minister would also extend this denial to say that Tehran does not jail people simply for their foreign connections, despite the growing list of imprisoned dual nationals and foreign residents.

The recent revelation of Mahan Abedin’s imprisonment was preceded less than a week earlier by the regime’s announcement that it had arrested another Iranian-British scholar, Abbas Edalat. And on Wednesday, the report also revealed that an Iranian citizen attending university in London had been arrested on March 14 during a brief trip back home.

The arrest of Aras Amiri initially went unreported because her parents, like the families of many Iranian political prisoner, were warned against speaking publicly about her case. Amiri is reportedly being charged with the vaguely-defined crime of “collusion against national security,” and has not been granted access to a lawyer despite six weeks of silence from her family.

It now remains to be seen how the sudden announcement of three arrests involving residents of the United Kingdom might affect pre-existing cases like that of Nazanin Zaghari-Ratcliffe, who has been in prison for more than two years. At the time of her arrest in April 2016, her two-year old daughter’s passport was confiscated, preventing her from returning to her father in the UK.

The British government was widely criticized for inaction on this case, until Foreign Secretary Boris Johnson visited Iran to discuss it in December. That development led to some optimism about the case being settled, and the head of Tehran’s Evin Prison later announced that he had even cleared Zaghari-Ratcliffe for release. However, progress on the case reportedly stalled when the two countries failed to agree upon the repayment of an outstanding British debt to Iran, thus bolstering the familiar claims that Iran has been detaining dual nationals in part to use them as bargaining chips in negotiations with foreign powers.

Reuters: Iraq's parliament delayed debate on Sunday on a...

Blair calls on international community to act on Iran