Is This the End of the Nuclear Deal? 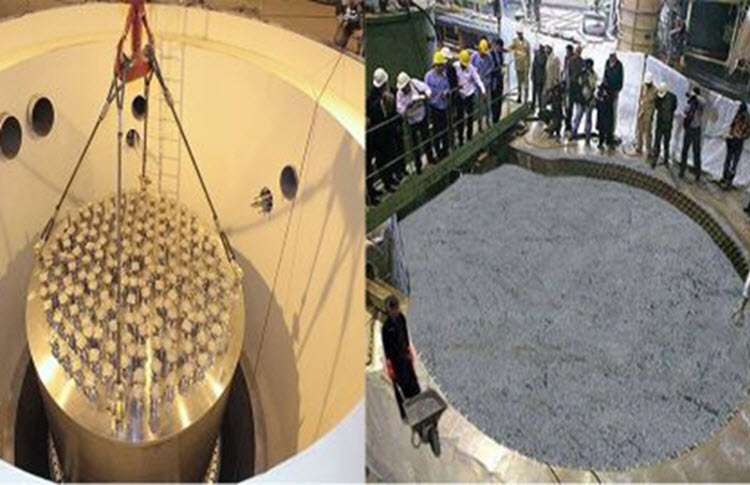 London, 3 May – President Donald Trump has not hidden his disproval of the 2015 Iran nuclear deal that was negotiated under the Obama administration. He said during the presidential campaign that he would be scrapping the deal if he became president.

However, since taking office, he has been put under pressure from allies in Europe to continue certifying Iran’s compliance.

The Iran Nuclear Agreement Review Act obliges the US President to declare that Iran is complying to the terms of the deal and to confirm that the continuation of the suspension of economic sanctions is essential to ensuring the national security of the United States.

The deal was negotiated in 2015 between Iran and France, Britain, Germany, the United States, China and Russia, as well as the rest of the EU. It was agreed that Iran would benefit from the suspension of crippling economic sanctions if it promised to abandon its nuclear development plans. The negotiations were flawed and Iran came off much better than any other party.

Iran was able to benefit immediately from the lifting of sanctions and it was given quick access to more than a billion dollars’ worth of assets that have been frozen for the past few years.

Another major flaw of the deal is the addition of sunset provisions that basically put a term to many of the clauses. The 10-year sunset provisions allow the Islamic Republic to continue with weapons research, development, deployment, and so on, after the year 2025.

The inspection clauses are also weak because Iran is not obliged to give international inspectors access to military sites where it is thought nuclear weapons research is carried out.

As well as containing numerous flaws, also as serious are the omissions to the deal. Iran’s belligerence in the region – its meddling abroad, in particular in Syria, Iraq and Yemen, was not addressed. Neither was its support for numerous international terrorist organisations.

The next certification deadline is 12th May and many believe that Trump will decline to allow Iran to benefit from the continuing suspension of sanctions. Many, especially US allies in Europe, are concerned that Trump will pull the US out of the deal.

For the United States, the aim of the deal was to safeguard national security interests and to curb the Iran threat. However, this has been forgotten about by some and officials are still prioritising trade relations with Iran.

The nuclear deal is extremely one-sided. Iran is getting all the benefits and other nations are worse off because of it. Take, for example, the nations in the Middle East that are affected by Iran’s meddling and interference that has been funded by the funds Iran obtained when the nuclear deal was signed.

Iran army warns US forces to steer clear of borders

AFP: Tehran's military on Wednesday urged US forces to...

Next hot topic in U.S. campaign: The Iran question