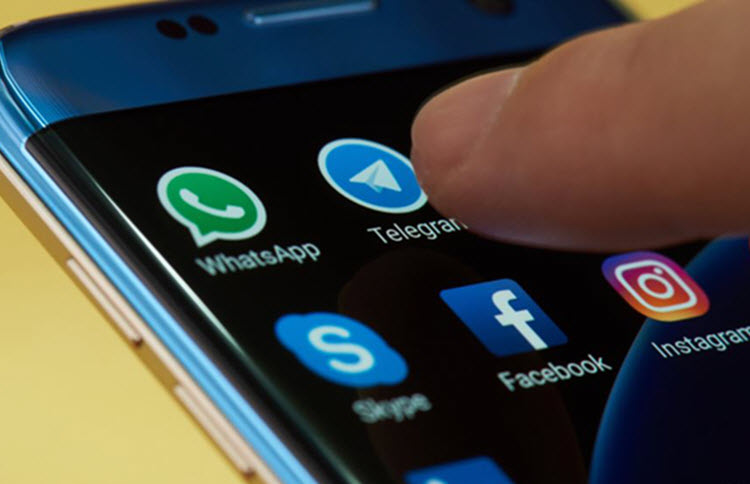 London, 3 May – A pair of Iranian software developers has created a modified version of Telegram to subvert Iran’s latest attempt to block the instant messaging app.

The Iranian judiciary ordered that Telegram, which is used by around half of Iran’s 82 million people, be blocked on April 30 for its use by protesters in the ongoing uprising against the Mullahs.

Sabeti, 32, and Gharib, 29, who lives in the UK, want their version of the app, called Telegram DR (Digital Resistance) to help fellow Iranians fight censorship and access information.

Sabeti said: “One reason we did this is to demonstrate that the idea that [authorities] can block Telegram in a way that no one will be able to access it is very wrong.”

Telegram DR is available on Android, with a version for iPhones expected soon. Given the speed at which the app had to be produced, it is slightly buggy, but the pair are fixing it.

Sabeti said: “We didn’t expect the ban to take place so quickly.”

The app was downloaded over 1 million times in just its first day.

Telegram is used by many in Iran for everything from sending photos to friends to doing business to taking part in political debate. It is the latter that the government is so concerned about, given that it helped protesters to communicate when the recent uprising began in December.

The judiciary claimed that the ban was in the interests of national security, but this is a claim that authorities make a lot when they have no real evidence of a crime.

Last month, many top Iranian officials, including Supreme Leader Ayatollah Ali Khamenei, announced that they were quitting Telegram. Although, they have not quit Twitter, a site that is also banned in Iran.

The Iranian officials also noted that they wanted the people of Iran to use software produced in Iran, but as many have pointed out, this would be apps developed by the Islamic Revolutionary Guards Corps (IRGC) that would likely spy on the users.

Fars news agency, which is affiliated with the IRGC has criticised Telegram DR and warned Iranians against using it as it wasn’t officially released by Telegram. It also insisted that Iranians should use domestic apps.

Gharib tweeted that this reaction from Fars was not surprising.

He wrote: “IRGC wants to lure in the Iranian users to use the local messaging apps to exert even more control on the lives of Iranians.”

Rice’s comments on Iran in interview with Time Magazine