US Imposes New Sanctions on IRGC 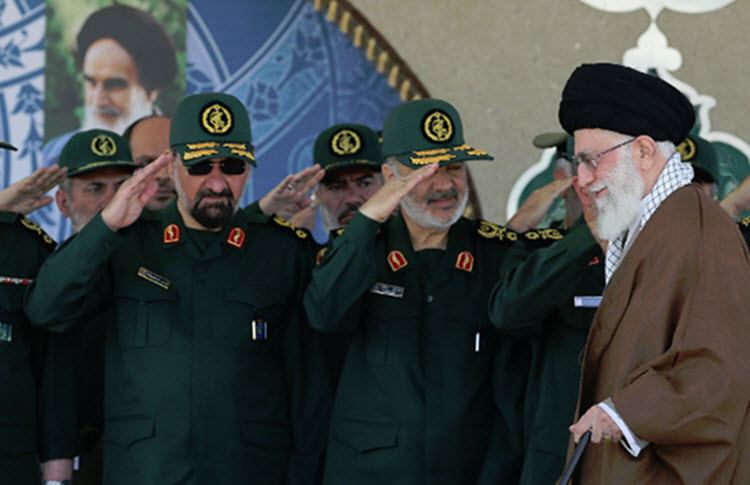 London, 11 May – The US has imposed sanctions on six individuals and three companies that have ties to Iran’s suppressive security force, the Revolutionary Guard Corps (IRGC) and its Quds Force.

Treasury Secretary Steven Mnuchin said that the sanctions targeted those responsible for funnelling millions of dollars to the IRGC, which was then used to fund its “malign activity”.

He said: “[Iran’s central bank helped the IRGC to access US dollars via] a large-scale currency exchange network.”

The Treasury Department confirmed that all of the six individuals were Iranian.

These sanctions ban any individual or entity from the US from doing business with the sanctioned person/business. This move was carried out in conjunction with the United Arab Emirates (UAE).

Mnuchin said: “Iran and its central bank have abused access to entities in the UAE to acquire US dollars to fund the (IRGC’s) malign activities, including to fund and arm its regional proxy groups.”

He continued: “We are intent on cutting off IRGC revenue streams wherever their source and whatever their destination.”

Who are the IRGC?

In 1979, when the Shah was overthrown and the mullahs’ syste, headed by supreme leader Ayatollah Ruhollah Khomeini, took control, the IRGC was set up to protect the state.

But the IRGC is less like an army and more like a secret police force. They are only answerable to the Supreme Leader and now control a vast section of the economy, using the money to further their malign military adventures and attacks against the Iranian people.

Back in October, Trump said that the IRGC was a “corrupt terror force and militia” when he imposed sanctions on them.

These sanctions come in the wake of Donald Trump’s decision to withdraw from the 2015 Iranian nuclear deal and increase pressure on Tehran. The agreement, formally known as the Joint Comprehensive Plan of Action (JCPOA), put restrictions on Iran’s nuclear activities in exchange for the lifting of sanctions.

Iran’s supreme leader, Ayatollah Ali Khamenei, and many of the authorites have issued threats against Trump’s withdrawal.

The Quds Force is accused of launching 20 rockets against Israel’s military positions in Syria on Thursday morning, according to the Israel Defense Forces (IDF).

The IDF said that four rockets were intercepted and 16 others failed to reach their targets in the occupied Golan Heights.

The US defended Israel’s right to defend itself and said: “[Iran bears] full responsibility for the consequences of its reckless actions.”

Iran’s support for Syrian dictator Bashar Assad has alarmed Israel, as well as many other countries.

Reuters: Iran has manouevred around sanctions for deacdes, but...