The Truth About Iran’s Resistance Economy 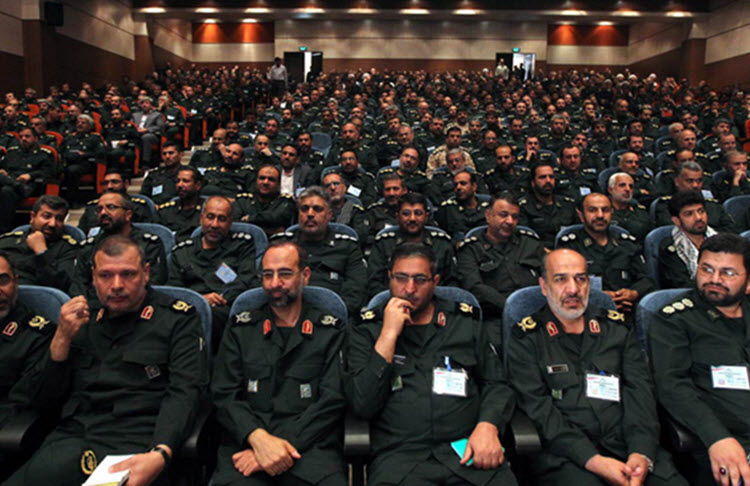 London, 11 May – A high-ranking member of the Iranian Revolutionary Guards Corps’ (IRGC) main engineering arm has claimed that they will complete 40 large projects in the next 12 months in industries like oil, gas, water management, road/railway construction, and information technology.

General Ebadollah Abdollahi, the commander of Khatam al-Anbia Construction Base, said that the 10 projects that they will undertake for the Oil Ministry alone will raise them $22 billion.

The main project will be the Persian Gulf Star oil refinery, which Abdollahi claims will meet 50% of Iran’s overall gasoline need.

Abdollahi made these comments at a ‘resistance economy’ meeting in Lorestan, Iran. It should be noted that Iran uses this term to emphasise policies that make Iran self-sufficient, which, considering the huge amount of US sanctions that will soon be imposed on the country following Trump’s withdrawal from the Iran nuclear deal, will be the only way that the Government can even begin to survive.

The message from the IRGC and the Iranian Government is clear: we won’t rely on foreign deals that could soon be rescinded (some already have been!) and instead we’ll put more power in the hands of the mullahs.

Supreme Leader Ali Khamenei first issued a decree outlining policies to reduce imports and otherwise cut themselves off from foreign trade, in 2014. That was the last time that international sanctions against the Government seriously crippled them.

To be clear, this is not some powerful message of self-reliance, but instead the actions of a Government that wants to cut ties with the rest of the world, unless they can control it.

Another important thing to note is that the Iranian Government can’t really increase or even maintain its imports when under the strict sanctions that the US will soon impose. Thus, they have no choice but to look internally. This resistance economy meeting may have taken place before Trump withdrew, but anyone could see that the tables were turning. There was no reason to expect that Trump would stay in the flawed deal.

The IRGC support the resistance economy because they benefit so much from it. As a shadowy state body that dominates the military and the economy, they can use any money stolen from the public purse to pursue their malign military adventures across the middle east and against the Iranian people.

Several of the IRGC’s front companies, including Khatam al-Anbia, were sanctioned by the US Treasury Department in 2007 to try and stop their support for terrorism and nuclear proliferation. In 2010, the Treasury went further and sanctions the company’s commander, General Rostam Ghassemi.

Earlier this year, the IRGC was reportedly ordered to end its growing business interests, but this has not come to pass. In fact, it has only grown.