Why Europe Should Sanction Iran 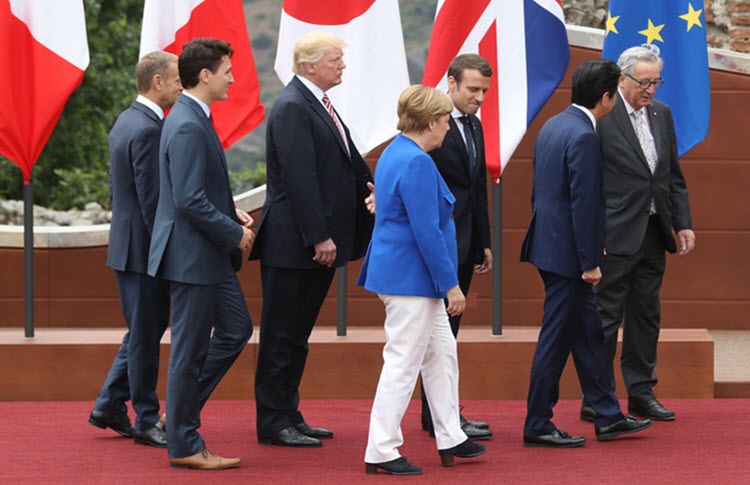 London, 20 May – By doing business with Iran, you’refunding the Revolutionary Guard — the IRGC — who was sanctioned in its entirety by the United States in October.

Last week, President Trump announced his decision to withdraw from the Iran nuclear deal, officially known as the Joint Comprehensive Plan of Action.

Now, the stakes are high for those who engage in trade agreements with Iran. In fact, Europe will have to choose between standing alongside its deals with Iran and protecting its trade relations with Washington.

In a highly detailed memo, the Treasury Department explains how and when the Iran sanctions will become effective. Any European company CEO seeking business ties with Tehran should realize that maintaining a market in the U.S. is not worth the risk.

The European Union has a trade relationship of $755 billion with the U.S. vs. those with Iran, which are just $25 billion.

Following Trump’s withdrawal from the Iran deal, a joint declaration by the U.K., France, and Germany emphasized “the goal, not the tactic.” German officials and companies, such as Siemens, voiced concerns over any future business relations with Iran. France’s oil giant Total also declared that it would pull out of a multibillion-dollar gas field contract if it didn’’to receive sanction waivers from the U.S.

Trump concluded that the Iran nuclear deal could not be preserved despite the different voices in his own Cabinet and partners across the globe.

Washington has emphasized that this president is “ready, willing, and able” to “make a new and lasting deal.”

Iran must weigh its options as the Treasury Department is severely sanctioning Central Bank of Iran chief Valiollah Seif. He has been accused of funneling money for the Lebanese Hezbollah by the IRGC through an Iraqi bank. Seif is also the target of “secondary sanctions.”

The IRGC is believed to have a commanding control over Iran’s economy. Therefore, targeting the entities and individuals close to Khamenei will also support the Iranian people’s struggle against this oppressive regime. If Iran loses its financial assets, its foreign meddling, and ballistic missile drive, as well as its nuclear weapons program will end.

To those in the regime Tehran this is a nightmare. All parties imposing measures against Iran will be standing with the Iranian people, on the right side of history.

Reuters: Iran will have no choice but to step...

In Iran, President Hassan Rouhani and allies attribute the...