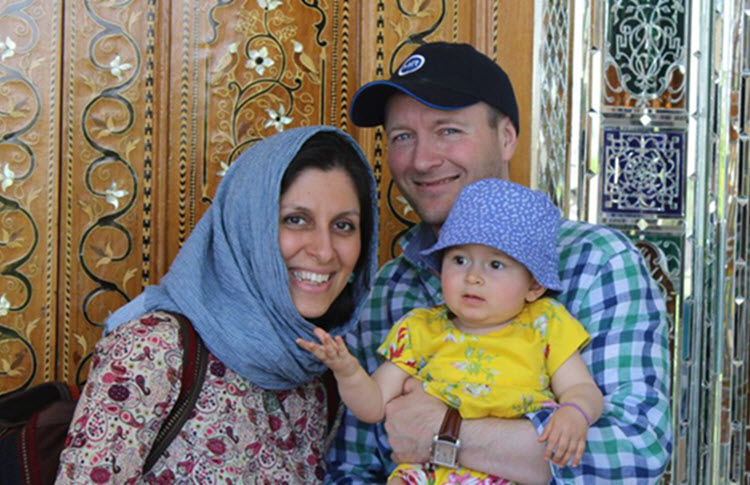 London, 21 May – A British charity worker wrongly jailed in Iran on false espionage charges is now facing a new trial with further “invented” charges, according to her husband.

Nazanin Zaghari-Ratcliffe, who was initially arrested and jailed in 2016, was taken to court on Saturday to face the charge of spreading propaganda against Iran.

Her husband, Richard Ratcliffe, said that she denied committing any crime and appealed for freedom, but was told by Judge Salavati to expect a conviction.

Zaghari-Ratcliffe, 39, wants to be released and returned to the UK now, so that she might have a second child, telling the court that due to her age she has less time to do that.

This new fake charge came despite talks between UK Prime Minister Theresa May and Iranian President Hassan Rouhani, where May asked for the release of all British prisoners in Iran on humanitarian grounds.

Zaghari-Ratcliffe, who works for the Thomson Reuters Foundation, is already serving a five-year term for the completely falsified accusation of plotting to overthrow the mullahs’ government.

The Londoner was on her way back from visiting family in Iran with her one-year-old daughter, Gabriella, when she was arrested at Tehran Airport in April 2016. She has been held in the notorious Evin prison under horrific conditions that have left her with mental and physical health problems.

According to the #FreeNazanin Campaign, which was set up to raise awareness about Zaghari-Ratcliffe’s case and urge her release, Zaghari-Ratcliffe has been able to speak on the phone with the British ambassador to Iran for the first time since her imprisonment.

The pair discussed Zaghari-Ratcliffe’s case and a potential temporary release in June for Gabriella’s birthday. She asked him to try to visit her and issue a formal diplomatic note protesting the new invented charges against her.

Last week, Ratcliffe told the British press that he feared that his wife would soon return to court and said that she is being used as a “bargaining chip” by Iran.

He said that he had been made aware of these new charges during a 5.30am phone call on May 14.

He reported that his wife had said: “I have no clue why they have started all this nonsense again. Please take me out of this, please. My parents have had enough. I want my daughter back. She needs both of us. So tell the world. Enough of this nonsense.”

As a result, Ratcliffe urged the UK government, including Foreign Secretary Boris Johnson, to have Nazanin and all other wrongfully imprisoned British citizens at the top of their priority list when dealing with Iran.