Iran’s Nuclear Lies Are Coming Out 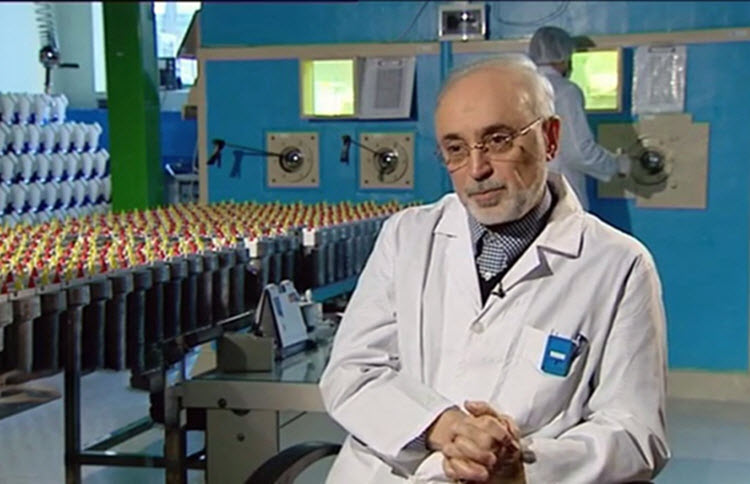 London, 27 Jan – Iran secretly bought replacement parts for its Arak nuclear reactor during negotiations for the 2015 nuclear deal, knowing that they would be required to destroy the originals, according to the head of the Atomic Energy Organization of Iran, Ali Akbar Salehi.

Salehi told Iran’s Channel 4 TV on Tuesday that Supreme Leader Ali Khamenei warned his negotiators that he expected the West to renege on the Joint Comprehensive Plan of Action, which lifted sanctions on Iran in return for it dismantling the weapons-capable parts of its nuclear programme.

He said: “We knew that [the Westerners] would ultimately renege on their promises… [Khamenei] warned us that they were violators of agreements. We had to act wisely. Not only did we avoid destroying the bridges that we had built, but we also built new bridges that would enable us to go back faster if needed.”

The Arak facility was an important topic during negotiations due to its nuclear reactor and heavy-water production facility, with the West initially demanding that its core reactor mechanism be removed and the space filled with cement. Iran agreed to remove it, without dismantling it, and only fill the pipes and openings leading to the pit with cement.

As Salehi made clear, Iran purchased replacement parts for the piping, something kept hidden from the deal signatories, essentially meaning Iran was not compliant with the deal.

He claims that this doesn’t mean that Iran was seeking nuclear weapons, instead, saying that Iran planned to modernise the Arak reactor so that it could be used for fuel production, something supposedly agreed on during the nuclear talks, but if this is the case, then why the subterfuge?

Salehi also said that the image that supposedly showed the Arak reactor pit filled with cement was “photoshopped” by so-called hardliners who opposed the nuclear deal and wanted to depict Iran as humiliated.

Donald Trump pulled the US out of the nuclear deal in May last year, citing Iran’s continuation of its nuclear programme, something that is turning out to be truer as the weeks go by, and arguing that the deal does not go far enough in curbing Iran’s nuclear weapons ambitions. Trump wants to bring Iran back to the negotiating table for a deal that tackles all of Iran’s malign behaviour and so has imposed crippling sanctions on Iran.

The other signatories – Britain, France, Germany, Russia, China and Iran – all agreed to try to keep the pact going but US sanctions are making that increasingly difficult. Not quite as difficult as Iran’s threats to restart its nuclear programme or terrorist plots in Europe is making it though.

Salehi said last week that Iran has begun researching a modern process for 20% uranium enrichment, something that would violate the deal.

More than two months have passed since the start...