EU Must Align With US on Iran Policies 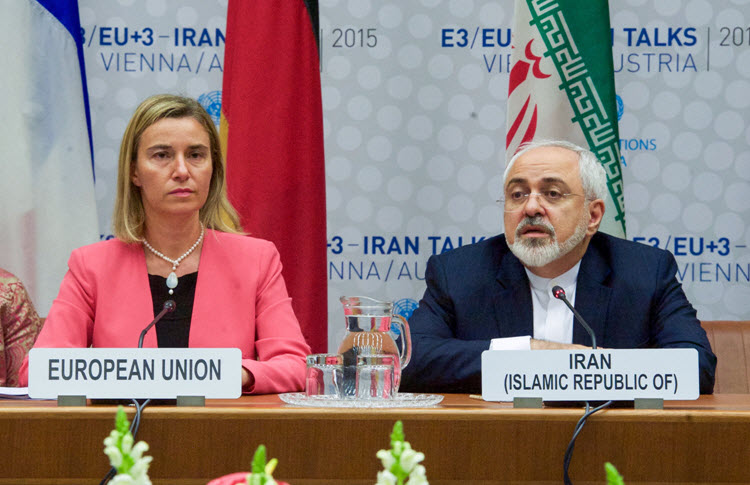 London, 27 Jan – This month the Dutch authorities publicly announced that it had “strong indications” the Iranian government had commissioned the murder of a prominent Dutch citizen of Iranian origin, Ahmad Mola Nissi. He was gunned down in front of his home in November of 2017. He was part of the leadership of the Arab Struggle Movement for the Liberation of Ahvaz, an activist group that agitates for the formation of a separate state in western Iran. Iran’s government condemns the group as a terrorist organization.

Recently, there has been a wave of assassination and terrorist plots across Europe and North America that have been traced back to Tehran. For instance, in Amsterdam, in 2015, another of Tehran’s political opponents, Mohammad Reza Kolahi Samadi, was killed in similar circumstances.

Iranian-American political scientist, Dr. Majid Rafizadeh, who is also the president of the International American Council, writes, “With Iran’s political meddling occurring so far from home, it is unsurprising that the EU has been hesitant to abandon the JCPOA. But the accusations of the Dutch government should serve as a wake-up call to policy-makers. The murders of Nissi and Samadi can leave no doubt as to the nature of the state that the EU is continuing to tolerate. It is inconceivable that Europe should choose to side with a rogue state over its oldest and closest ally of the past century.”

The US exit from the Joint Comprehensive Plan of Action (JCPOA) was meant to curb Iran’s regional ambitions. The Trump administration believed that deal’s narrow focus on the country’s nuclear program came at too high a cost — Western leaders allowed the country’s more dangerous policies to continue.

The JCPOA enabled Iranian funding and arming of Hamas, the Houthis and Hezbollah. However, the second round of Trump’s re-imposed sanctions came into force in November. They target Iran’s major industries, including oil, shipping, and banking. Countries who trade with Iran, will no longer be able to trade with the US. This will significantly damage Tehran’s ability to conduct its regional program.

“Tehran is benefiting from the disunity in European and US policy and, if the EU does not change its position, we can expect more political assassinations over the coming months and years. A united front, comprising joint sanctions, would send a clear message and engender an economic stranglehold that would force Tehran to concentrate on its domestic agenda,” according to Dr. Rafizadeh.

Following the Dutch revelations, on January 8th, minor sanctions were imposed on sectors of the Iranian Ministry of Intelligence and on Saeid Hashemi Moghadam, the deputy intelligence minister.

However, if the EU is inclined to continue its support for the JCPOA, Dr. Rafizadeh believes that these sanctions don’t go far enough, and that the EU must commit to joint action with the US, or Iranian violations will continue.