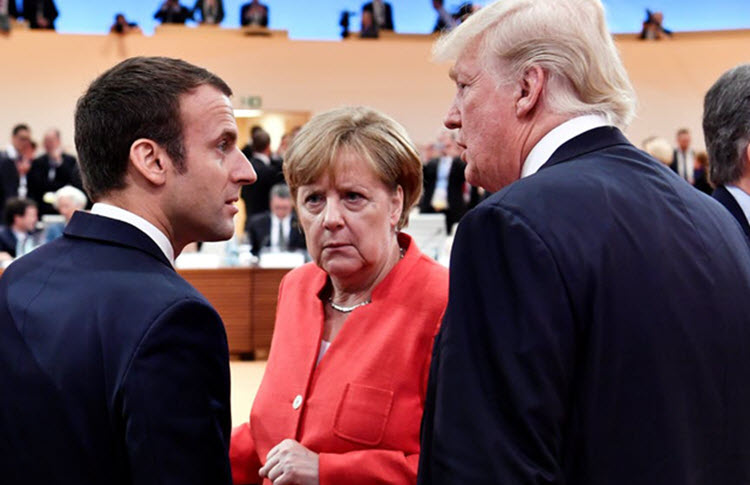 London, 28 Jan – U.S. President Donald Trump exited the 2015 Iran nuclear deal last year as promised. He clearly stated that he would not allow the terrorist and criminal Mullahs ruling Iran to continue benefiting from a deal that only Iran benefitted from. Trump explained that the nuclear agreement guaranteed a nuclear arms race in the region instead of curbing the Iran threat. Trump also spoke about the people of Iran who are systematically being denied the most basic of human rights.

His approach was completely the opposite of that of his predecessor, Barack Obama, who led what has become known as the “golden years” for Iran. Obama turned a blind eye to the Iran’s countless acts of belligerence and completely ignored his own red lines with regards to the use of chemical weapons in Syria.

The European Union, until recently, has been one of the Iran’s greatest appeasers too. EU officials pretty much begged Trump to remain within the framework of the deal and the EU’s High Commissioner had fought nail and tooth to be able to continue trading with Iran.

However, Germany has now banned flights from Iran’s airline Mahan Air, citing Iran’s support of Bashar al Assad in Syria, in particular its use of the airline to transport weapons there.

France also announced that it would be imposing sanctions on Iran if it continued with its ballistic missile programme. France has asked for concessions on its ongoing testing of ballistic missiles.

Furthermore, at the beginning of January, the EU announced that it was imposing fresh sanctions on Iran’s intelligence agency and individuals involved in terrorist plots in the EU. They are being put on the EU terror list and the intelligence agency’s assets have been frozen.

Predictably, Iran has not taken these bits of news too well and it has threatened to re-evaluate its relations with the countries concerned. It is probably a veiled threat that it will pull out of the nuclear agreement.

However, although it looks like the EU is cracking down on Iran with regards to its belligerence, all is not what it seems. Undermining these efforts and measures are those in the background who are working hard to ensure that the EU can put a plan in place to promote trade with Iran in a way that U.S. sanctions would be circumvented.

The EU should realise that Iran is a major threat to its security. Last year alone, a number of terrorist and assassinations plots were uncovered and thankfully foiled before it was too late. Iran was involved in a plot to bomb the annual gathering of its opposition – the National Council of Resistance of Iran (NCRI) – just outside Paris. Tens of thousands of people were in attendance, including a number of high profile individuals, Members of European Parliament, former U.S. administration officials, human rights activists, and so on.

Why is the EU putting trade before security? Why does the EU, which holds the respect of human rights to the highest of standards, just ignore the human rights of the people of Iran?