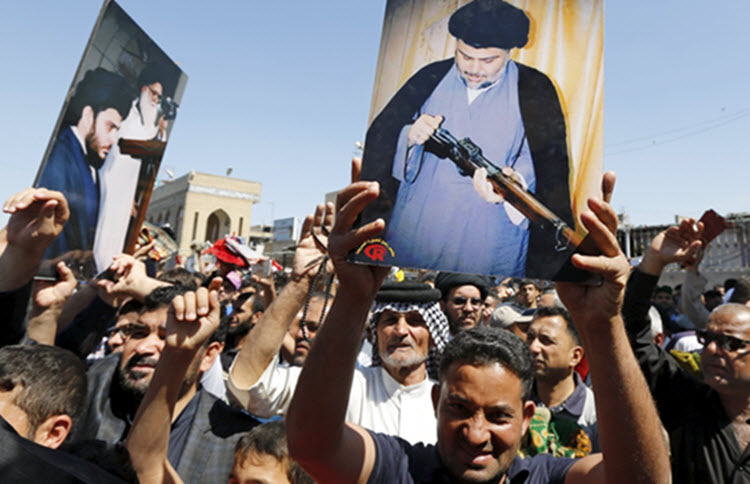 London, 28 Jan – The Iranian government is gearing up to consolidate power in countries across the Middle East where it has influence, including Iraq, in an apparent bid to wage war against the US for sanctions imposed on Iran and its Hezbollah proxy last year.

Last November, the US reimposed sanctions against over 700 Iranian individuals and entities, including major banks, oil exporters and shipping companies, and designated the son of Iran-backed Hezbollah Secretary-General Hassan Nasrallah a global terrorist, while in October, the US sanctioned Hezbollah and some of those who provide material, financial or technological support to the group.

Iran’s power grab is contributing to the political gridlock in Iraq, where the Iraqi parliament is failing to approve the Iranian-linked defence and interior ministers nominated by Iraqi Prime Minister Adel Abdul-Mahdi.

The Islah alliance dominated by prominent Shia cleric Muqtada al-Sadr oppose having Iranian proxies in the Cabinet, but the pro-Iran Shia al-Binaa coalition led by militiaman Hadi al-Amirimi is fighting for them.

The pro-Iran figures, including Maliki, Amiri, and Qais Khazali, leader of the Asaib Ahl al-Haq militia, are still set on having Iran-backed Falih Alfayyadh, who is currently head of the Iran-backed Popular Mobilisation Forces (PMF), as Interior Minister.

Al-Sadr, widely seen as the kingmaker in Iraq, has the largest bloc in the Iraqi parliament, holding 54 out of 329 seats, and is a powerful enemy who is able to command widespread street protests, like the anti-corruption ones that began last year.

But Iraq has a tradition of consensual democracy, which disregards majority rule and encourages all factions to work together to form a government. This is something that Iran has exploited before, in order to get their proxies into power, as was the case for Nuri al-Maliki in the 2010 elections.

But al-Sadr’s bloc is obviously objecting to this.

Montathar Nasser, the editor of Iraqi news outlet al-Alam, said: “Al-Sadr does not want someone who is affiliated to a clear party line, such as Falih Alfayyadh. Alfayyadh was the only name submitted for the post of minister of interior and has the support of Qassem Soleimani, [the head of the al-Quds Force, an elite branch of Iran’s Islamic Revolutionary Guard Corps].”

Soleimani and his former aide Iraj Masjedi, who is now Iran’s ambassador to Iraq, are playing an active role in Iraqi politics, which is worrying for Iraqi sovereignty. The Iranian government is a dangerous force that should be expelled from Iraq and the rest of the Middle East in order to protect the region’s safety and stability.