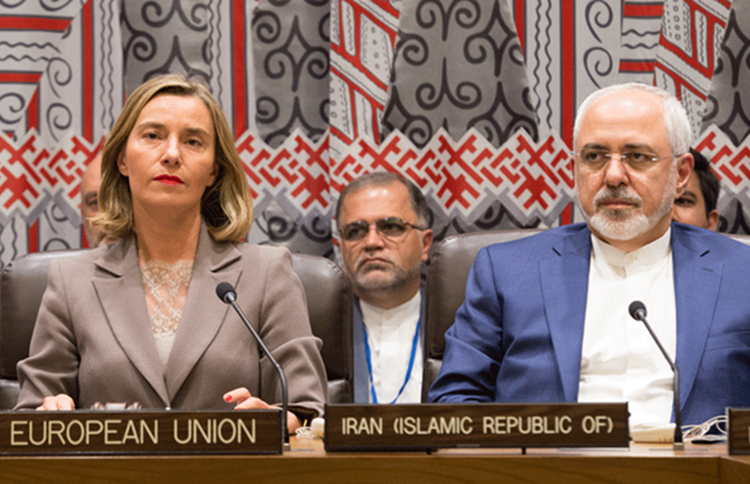 Iran announced on Monday that by the end of June it would exceed the enriched uranium stockpile limits that it agreed to under the 2015 nuclear deal between it and six world powers, which would violate the deal.

The only question is how will the signatories to the deal respond?

Well, the US, which pulled out of the deal last year citing Iranian noncompliance will certainly condemn the action. China and Russia, who continue to support Tehran seemingly no matter what will likely ignore it. But what of the three European countries who remain a party to the deal whilst openly voicing their concerns about Iran’s actions?

Now, Europe will have to choose whether they want to appease Iran further or join the US in pulling out of the deal and increasing sanctions against the regime, the Wall Street Journal argues.

Since May 2018, Europe has tried (and failed) to prevent the US from sanctioning Iran or from fixing the problems with the nuclear deal, which include no ban on ballistic missiles and a 2025 expiration date on many of the deal’s clauses. Despite this, the US has gotten even tougher on Iran by placing a nearly complete ban on Iran’s oil exports and listing the Islamic Revolutionary Guard Corps as a terrorist group.

Iran, feeling the economic pressure, has decided to act out by increasing its uranium stockpiles and attacking two oil tankers in the Gulf of Oman last week. Tehran wants to scare Europe and the rest of the world into combating US sanctions, which is essentially blackmail.

Instead, Europe should take a stand by leaving the deal and inviting Iran to renegotiate the terms of the deal. This would show Iran that its high-seas terrorism and nuclear threats will not be tolerated.

Plus, if Iran’s enriched uranium stockpiles are that high, then they are clearly hiding their work from the International Atomic Energy Agency inspectors who have the job of monitoring the deal. What else is Iran hiding?

Iranian authorities could and should have used the nuclear deal to rejoin the world economy as a normal trading state, but instead, they sunk Iran’s money into malign missile programs, domestic repression, and the export of terrorism.

Now, the best way to avoid a war in the Middle East is for Europe to join the US’s campaign to put pressure on Iran to end its export of revolution and renegotiate the nuclear deal.

U.S. warns EU firms to stay away from Iran-diplomats

Reuters: The United States, determined to prevent Iran from...