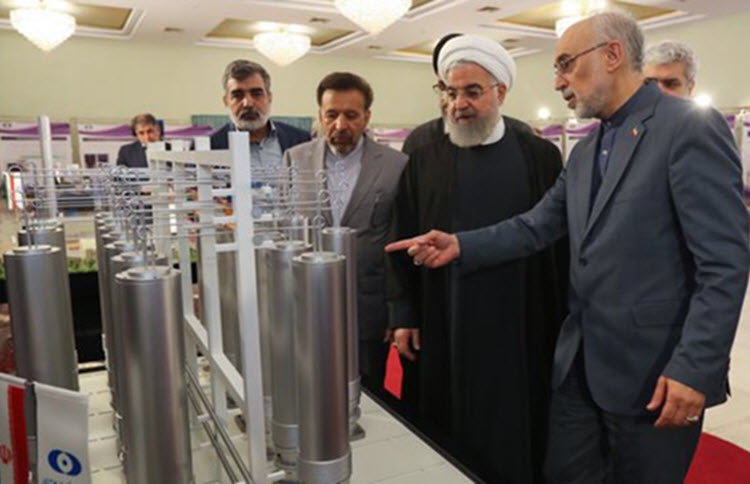 The US has labelled Iran’s plan to exceed the internationally agreed limit on enriched uranium stockpiles “nuclear blackmail”.

While State Department officials urged the international community not to give in to Iran’s “nuclear extortion” and called on Iran to rethink its actions.

State Department spokesperson Morgan Ortagus said during a briefing on Monday: “We continue to call on the Iranian regime not to obtain a nuclear weapon, to abide by their commitments to the international community.”

These comments follow the announcement by Iran’s atomic agency spokesman Behrouz Kamalvandi, who said that Iran would pass the agreed enriched uranium limit by June 27, but would observe the limit if Europe, Russia, and China helped Tehran circumvent US sanctions on its oil industry.

US-Iran tensions are escalating over a year after the US pulled out of the nuclear deal, otherwise known as the Joint Comprehensive Plan of Action (JCPOA), and began re-imposing sanctions on Tehran, as well as labelling the Iranian Revolutionary Guards Corps (IRGC) as a terrorist organisation.

In May, in response to the US allowing sanctions waivers on Iran’s oil industry to expire, Iranian President Hassan Rouhani vowed that Iran would stop observing restrictions on its stocks of enriched uranium and heavy water.

The US’ maximum pressure campaign on Iran is designed to force the mullahs back to the negotiating table for a deal that better deals with Iran’s malign behaviour. This behaviour includes the recent attacks on two oil tankers in the Middle East, which the US have provided evidence to show Iran’s involvement.

Prior to these attacks, US National Security Advisor John Bolton said that he was willing to talk to Iran, but also ready to retaliate.

He said: “The National Security Strategy lists Iran as one of the four top threats, and we just need to be sure we’ve got the capability to deter them from these kinds of activities, threatening American lives and facilities, threatening the international oil market… [Iran] would be making a big mistake if they doubted the president’s resolve on this.”

UPI: Iran has been building up its submarine fleet...

Iranian scientist returns after release from US

AP: An Iranian scientist held by the U.S. since...