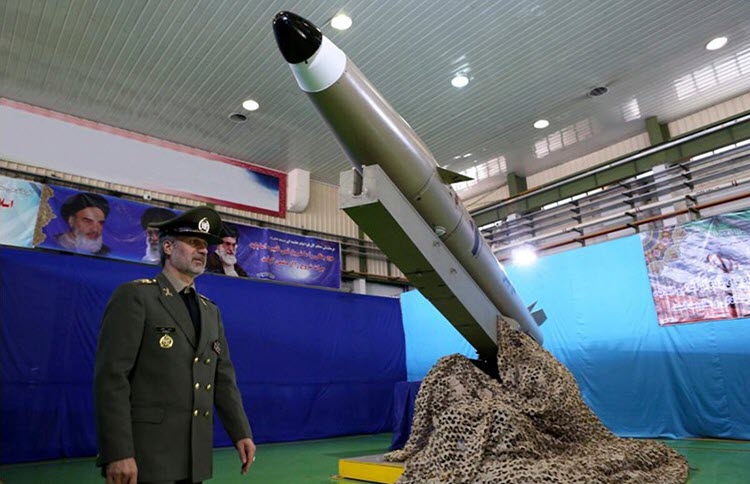 Trump said Tuesday: “We want to help them, we’ll be good to them, we’ll work with them, we’ll help them in any way we can, but they can’t have a nuclear weapon…. They can’t be testing ballistic missiles, which right now under that agreement [the 2015 Iran nuclear deal] … they would be able to do.”

While the UN Security Council resolution enshrining the 2015 deal, which puts restrictions on Iran’s nuclear program, urges Iran to refrain from testing missiles capable of carrying nuclear warheads, it does not oblige it.

Trump withdrew from the deal last year, saying it was too favourable to Iran, and increased sanctions against the Gulf nation in hopes of convincing Iran to agree to a fairer deal.

US Secretary of State Mike Pompeo, who was with Trump on Tuesday, said that this was progress because “for the first time, the Iranians have said that they are prepared to negotiate about their missile program”.

He said: “We will have this opportunity, I hope, if we continue to execute our strategy appropriately … to negotiate a deal that will actually prevent Iran from getting a nuclear weapon in the same way that the previous agreement had no chance of actually doing.”

However, Alireza Miryousefi, spokesman for Iran’s UN mission, tweeted: “Iran’s missiles are absolutely and under no condition negotiable with anyone or any country, period.”

While US State Department spokeswoman Morgan Ortagus said that the US is ready to talk without preconditions if the Iranians are, while Special Representative for Iran Brian Hook said the United States would press Iran to scrap its uranium enrichment program in any negotiations.

He said: “If you look around the world at all the countries that have nuclear power, half of them do not enrich. Iran does not need to enrich uranium to have peaceful nuclear power.”

The UN nuclear agency already confirmed that Iran is enriching uranium to a higher degree, surpassing the deal’s limit of 3.67% purity. Iran said it was enriching to 4.5% purity.

On a related note, Hook said no US officials would meet with Zarif while he is in New York to attend the UN. US authorities have restricted his movements to the UN headquarters and two buildings belonging to Iran’s UN mission.

Iranians Continuing to Take to the Street