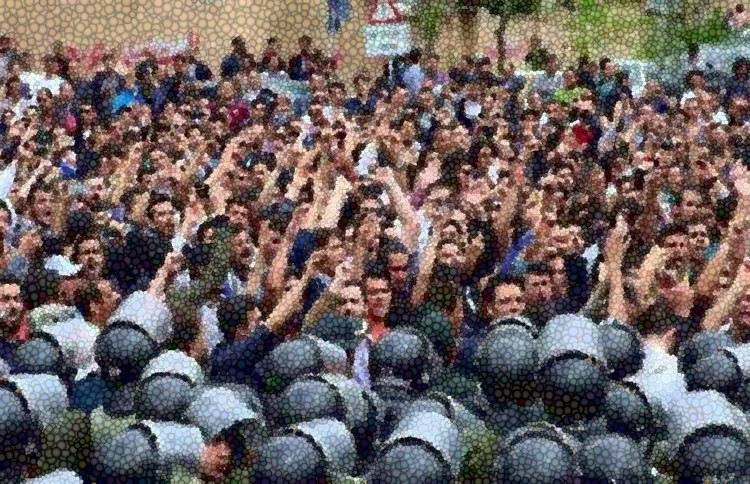 As the social situation in Iran becomes extremely critical, many of the regime’s officials and state media have warned the regime of potential upcoming unrest and protests.

The shaking political situation, a collapsed economy, a society hurt by the regime’s malign decisions and policies, especially the situation after the coronavirus outbreak all together are driving the country into more turbulences, while the regime this time is unable to control and repress them, as the situation and unrest in Iran’s prisons in the last few weeks shows.

These are just a part of the facts from state media and from the regime’s officials which reflects this fear:

Mehdi Ayati, a former member of parliament, warned about the regime’s economic bankruptcy and the danger of insurgency, saying “these economic problems may continue to lead to social unrest.”

“Economic bankruptcy will bring the country to its knees. All jobs in the tourism industry have been shut down, the economy of many stores and leisure centers has been disrupted, and transportation has stagnated, and this chain has continued to dominate most jobs,” he added. (State-run media Arman, 11 April)

“The closure of many production units has led to unemployment and reduced household incomes. The double edges scissors of sanctions and propaganda will lead to the igniting of the coal of livelihood and social protests under the ashes,” Mostaghel daily wrote on 11 April.

The state-run daily Shargh wrote on 11 April, fearing the consequences of “the spread of unemployment, the decline in productivity, the growth of imports and the sharp rise in liquidity, and the deepening of the class divide” … “this (situation) has made the weak people angrier. People have come to believe that the authorities are embezzling and prioritizing themselves.”

This state-run daily added: “It is hard to believe that the protests in November were spontaneous. Planning and organizing are more likely to be discussed. It is natural that in such a situation, a group of people who are also dissatisfied will take to the streets … Explosive weapons were used in the destruction of some bank branches during the November protests. Many people act professionally. The issue is more complicated than that.”

Gholamreza Ansari, the former governor of Mazandaran: “The crisis (Corona), along with the damage it does to the health of society, also has far-reaching social and economic consequences, which can be far more dangerous than the disease itself. Especially when we were involved in these crises last year and there is a base for that.”

Nemat Ahmadi, a regime lawyer said: “The government must pay a minimum wage for the people who can survive until the crisis is resolved, otherwise they will face civil disobedience.”

Morteza Moblagh, former political and security deputy of the Ministry of Interior: “The current situation is so difficult that social and security problems are not only for post-corona conditions but also in these conditions we may face acute social problems in society.”

But above of them the comments of one of the main regime’s officials, Judiciary Chief Ebrahim Raisi who is responsible for many crimes of the regime are significant. He warned the regime and said, “God willing, we will not be passive in dealing with this issue so that we can actively deal and follow up with post-corona issues, God willing.” (Ebrahim Raisi, 9 April 2020)

While fearing upcoming uprisings he said, “We will have different issues after the crisis, social issues, all of which, if left without attention, will turn into social harms. Social harms will turn into crime, and the judiciary must deal with them.”

By Pooya Stone In the past week, two bad...