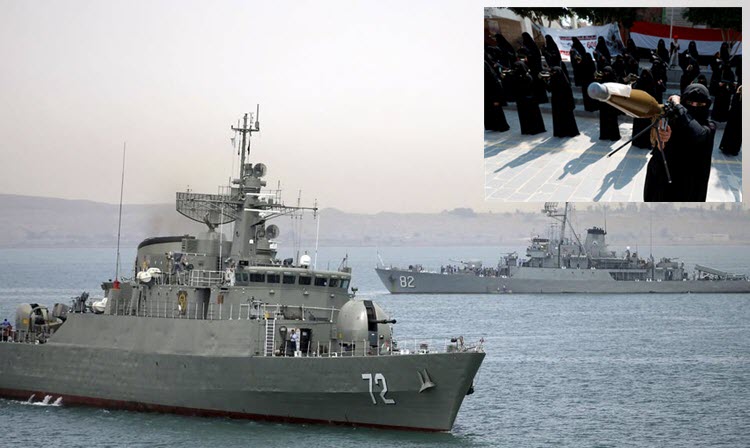 London, 29 October – In an October 27 article by Courtney Kube for NBC News she writes that U.S. officials believe Iran has supplied weapons to the Houthis in Yemen — including coastal defense cruise missiles, as told to NBC News.

Vice Admiral Kevin Donegan said, ”We believe that Iran is connected to this.”

Donagan is the head of U.S. Naval Forces Central Command, tasked with securing the waters off of Yemen. He said that the U.S. and partner nations have intercepted five weapons shipments from Iran, headed to the Houthis in Yemen. The first intercept was in April 2015 when seven ships protected by the Iranian Revolutionary Guards Corps Navy tried to take weapons to Yemen. He said, ”They were filled with coastal defense cruise missiles, boats that we believe were explosive boats, other weapons that were clearly on the decks of their ships that we saw.”

Four other ships with weapons have been intercepted since then. “We know they came from Iran and we know the destination.” He added, “The weapons ranged from thousands of AK-47s, reverse engineered Iranian missiles similar to the TOW anti-tank missiles, sniper rifles, pieces of other equipment and higher end weapons systems.”
The Iranians are training the rebel fighters to operate the advanced weapons and radar systems, according to Donagan. “It’s not something that’s going to come with an instruction manual, we think that Iran had some hand in this.”

Other shipments from Iran probably made it to Yemen, and into Houthi hands. “We did not catch or pick up all the ships,” he said. “It’s fortunate we were able to find [these ships]. There certainly are others.”

“Since that overt weapons shipment, I think that you can connect the dots that those things have been working their way, higher end weapons systems have found their way to Yemen, and they didn’t just appear on their own,” he said.

The US military retaliated by taking out three radar sites along the coast, after the Houthis fired missiles at several U.S. Navy ships. The head of U.S. Central Command, General Joseph Votel, said in an interview with NBC News, that those strikes were successful, but they did not stop the Houthis’ capabilities.

Votel continued, ”There are probably other radars up and down the coast. Certainly taking out these three radar sites that we struck is important, but we should expect that with time they can re-establish these things and when they have that ability we’ll be back in place.”
Donegan agrees with him. “The radar sites will be re-set. I absolutely believe the capability still exists. The radar sites, we disrupted their capabilities, we did not take away their capabilities.”

The U.S. military is “working very hard” to find the mobile missile launchers that the Houthis used, “In case there is a further attack we want to know about that network and how they do their business,” Donegan said.

AP: The five permanent members of the U.N. Security...