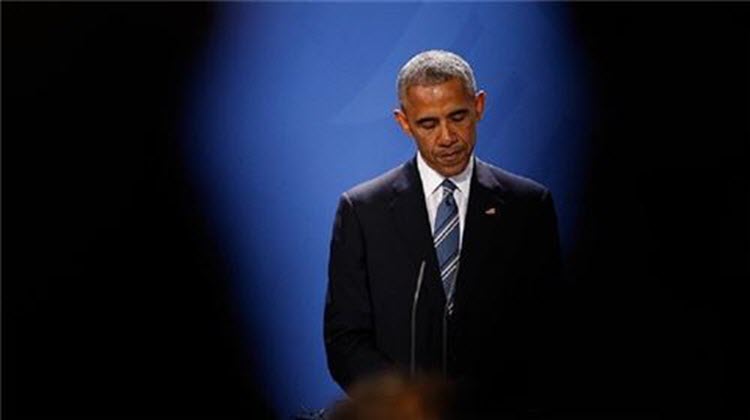 London, 17 Jan – Obama’s policy on the middle east has left Iran and Hezbollah, two terrorist entities, stronger than ever before, according to a Beirut-based journalist.

Martin Jay, wrote: “Confusion is a word that easily springs to mind when many in this part of the world talk about Obama’s legacy in the Middle East. But it wasn’t just his own policies that seemed incoherent with one another, but also his own idea of how the Middle East saw him – Obama could not decide on the Machiavelli conundrum of whether it is better to be feared or loved.”

Jay notes that Obama inherited a war in the middle east from his predecessor President Bush, who disbanded the Iraqi army in 2003, but that this does not excuse Obama’s mistakes.

Jay writes that it was the appointment of Samantha Power as a middle east advisor that really took Obama down a bad road of making juxtaposing political decisions, like arming Syrian rebels while improving relations with Iran “the chief sponsor and geopolitical Big Brother of Syria”.
Power once referred to the US as Nazi Germany and had no great love of Israel, but also did not fear Iran.

Under her guidance, Obama pushed for the nuclear deal, which would (ultimately) remove all sanctions against Iran and provide the mullahs with $100 billion in frozen assets from the West.

They presented the Iranian Regime as moderates who must be appeased in order to prevent WW3 but this has not worked.
Since the nuclear deal, Iran has:

• Been caught shipping arms to terror groups on multiple occasions

Well, the incoming Trump Administration is reportedly filled with Iran sceptics and Trump himself, has vowed a renegotiation of the terms. We must hold them to this.

Jay wrote: “Given that Iran and its allies are stronger, better equipped, richer, and want to enhance their influence in the region, the Trump team that takes office already has a number of nightmare scenarios coming its way.”

Washington Times: The top American diplomat at the U.N....