Take the upper hand away from Iran 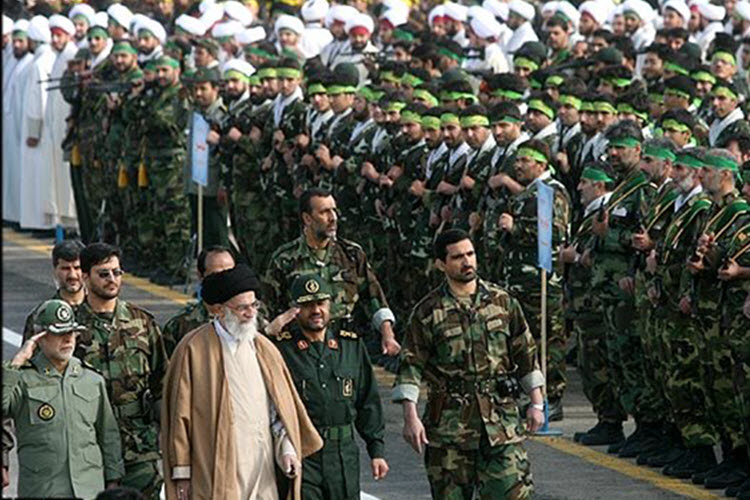 London, 27 Jan – Iran has enjoyed leniency for its destructive behaviour for almost four decades now. In 1979 it developed its own kind of Islamism and has defied international norms ever since. Iran has also pursued nuclear weapons, developed a deep hatred of the United States and the West in general, and has been trying to take over the Middle East one nation at a time.

Since 1979, Iran has taken dozens of Americans hostage and has spent a lot of time and resources on anti-American activities to protest US presence in the Middle East.

Iran has been involved in countless terrorist activities. Much of this is carried out by the Revolutionary Guards (IRGC), or their foreign operations unit – the Quds force. Proxies such as Hezbollah and Hamas also play a key role in terrorist activities that destabilise the region.

In 1983, the Marine Barracks in Beirut was attacked and 241 American soldiers died. It is a well-known fact that Iran was a sponsor of this attack. American intelligence also believe that Iran and Hezbollah were behind the 1996 Khobar Towers attack in Saudi Arabia that cost the lives of many Americans.

In 2010, evidence was released indicating that the IRGC has been working closely with al-Qaeda and the Taliban since 2001.

Iran is continuing to provoke other nations and is working towards striking the US. It has put an increasing amount of resources into the development of intercontinental ballistic missiles that could carry a nuclear payload and strike the US. It also test-fired missiles with the slogan “Israel must be wiped out” on its side.

Since July 2015, Iran’s navy has been involved in eight incidences with American vessels in the Gulf. The Defence Minister of Iran said that Iranian vessels are going to continue confronting US vessels. One year ago, ten people were taken from two American riverine boats.

Iran released a video of the American soldiers blindfolded and kneeling. In the propaganda video that was shown on state television, Iran was clear that it will continue with its aggressive behaviour because the international community turns a blind eye.

So it is clear from the above that Obama’s claims that Iran could reintegrate back into the global community in a harmonious way are completely unfounded. Iran can sense any kind of weakness or hesitation and retaliates even stronger than ever.

If Trump is to succeed in foreign policy he must be firm with Iran and not let it fall into any sense of predictability. Goodwill gestures to Iran are pointless – they just give Iran the upper hand.

Trump’s administration needs a comprehensive strategy that will deal with every aspect going forward, but one that also punishes Iran for its other behaviour that has, until now, gone unpunished. For example, it must face consequences for its ballistic missile program and its extensive sponsorship of terrorism.