The US must list Iran’s Revolutionary Guards as Terror Group 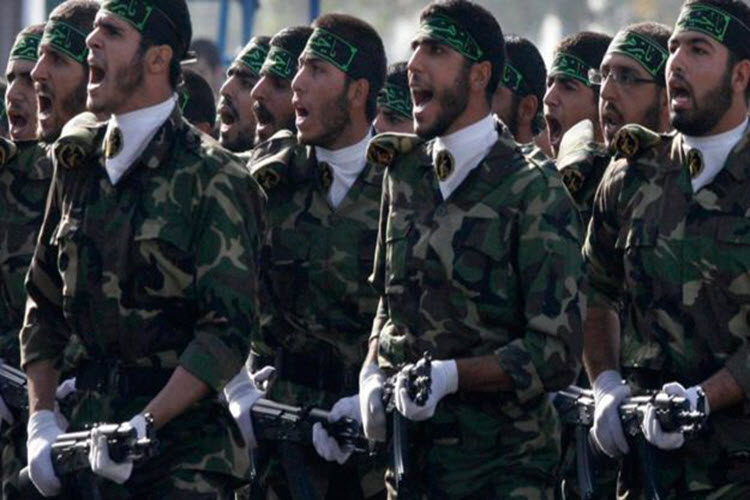 London, 15 Feb – The Iranian Revolutionary Guards Corps (IRGC) has at least 14 terrorist training camps in Iran; for that reason, and so much more, the US must place them on the list of foreign terror organisations.

The terror training camp complex was revealed on February 14, by the National Council of Resistance of Iran (NCRI) in Washington DC.

NCRI US Deputy Director Alireza Jafarzadeh addressed the gathered press regarding the terror camps, laying out the locations of each camp and what training is undertaken there, before comparing the IRGC with ISIS.

This is just the latest shocking revolution about the Iranian Regime’s link to terror, war and genocide.

Last month, Defence Secretary James Mattis called Iran the world’s leader in state-sponsored terrorism; oh, how right he was. Iran represses its own people, interferes in the affairs orf sovereign states and threatens the safety and security of all freedom loving people.

Since 2013, when the ‘moderate’ Hassan Rouhani became President:

• Over 3,000 civilians have been executed

• Iran has further meddled in Syria, causing the civil war to continue and causing an estimated 100,000 extra deaths

• No Regime member, who was implicated in the 1988 Iranian Massacre (which was confirmed by a 2016 audio tape leak), has seen justice

Heshmat Alavi, a political and rights activist, wrote on Al Arabiya: “Tuesday’s revelations by the NCRI in Washington according to MEK-obtained information highlight the major role the IRGC enjoys in Iran’s vast terrorism apparatus, and the utmost necessity for the Trump administration to issue an FTO designation for the IRGC as it rightfully deserves. Such a move will have the new US administration stand along its allies in the Middle East and signal to the Iranian people the true support they now enjoy in America.”

Human rights activists have welcomed the expansion of sanctions against the Iranian Regime since Donald Trump took office, especially in the wake of ballistic missile tests by the Gulf nation.

The White House must now place the IRGC on their list of foreign terror groups and place sanctions on the business holdings owned by the IRGC, which provide money to fund the terror camps.

Reuters: Natural gas is expected to resume flowing to...