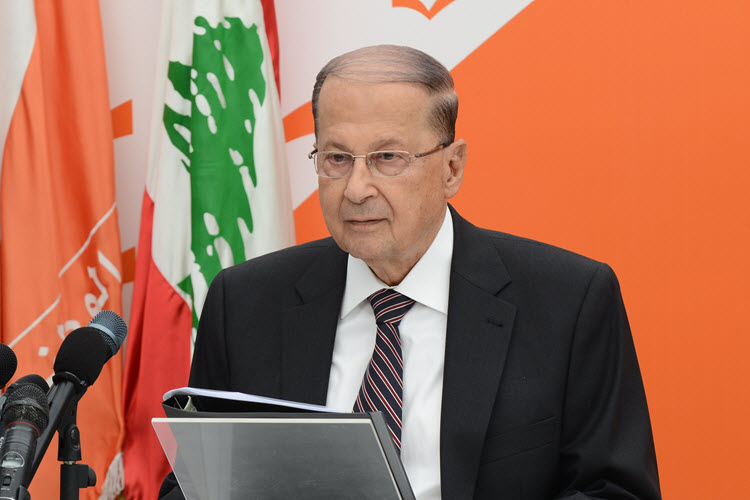 London, 15 Feb – Lebanese President Michel Aoun has implied that he will try to act as a mediator between Iran and the other Gulf states during an interview earlier this week.

Saudi journalist Mshari Al Thaydi wants to know who exactly, Aoun thinks is in need of mediation; in an op-ed for Asharq Al-Awsat, he noted that the Iranian Regime and the other Gulf states have problems because of Iran’s interventionist and repressive policies.

He wrote: “If it hadn’t been for Iran’s invasions and interventions, there wouldn’t be any problems for Bahrain, or Saudi Arabia or Morocco, which expelled Iran’s envoy at some point. The same applies to Sudan or to Yemen’s government or to the majority of the Syrian people whom al-Nusra Front and ISIS do not represent like the Assad regime’s propaganda machine claims.”

It is not only in foreign countries that the Iranian Regime exerts excessive control or oppression; even those who support the Regime within Iran but dare to ask for the most meagre of reforms are cut down.

He wrote: “The Iranian regime is governed by the ideological precepts of a man who is obsessed with control over the Islamic world in an Imam-like manner. He views himself as the guardian of Muslims and he is not just an extremist cleric, like thousands of others across the world, but he established for a republic that possesses money and weapons and that has gangs to promote his ideas. Iraq, Syria, Yemen and Lebanon are nothing but mere arenas to this ideological Khomeini invasion.”

Importantly, Al Thaydi notes that Aoun has problems regarding the Iranian Regime’s influence over Hezbollah in Lebanon. Perhaps, before acting as a mediator, Aoun should get his own house in order.

He wrote: “The Lebanese Party Hezbollah is not a party of resistance. It’s not acceptable to have such parties in normal countries.

Hezbollah is an authentic organic extension of Khomeini’s Revolutionary Guards. This is what Hezbollah is no matter how much any Lebanese official tries to embellish its image. It is the duty of any president of any country to control arms, maintain the state’s control over them and subjugate everyone and not just some to the authority of law.”

French official shows reluctance on a blockage of gasoline for Iran