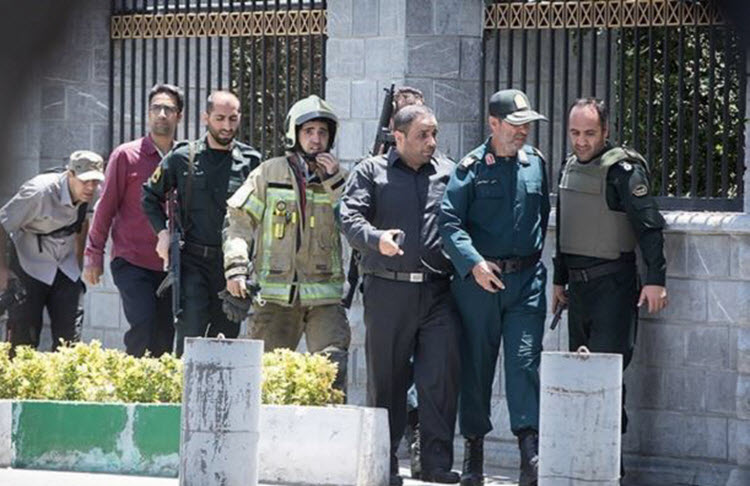 London, 13 Jun – The twin terror attacks in Iran earlier this month, show that you really do reap what you sow, according to a former advisor on a presidential campaign.

Armstrong Williams, who served as an adviser and spokesman for Dr. Ben Carson’s 2016 presidential campaign, wrote an op-ed for The Hill, in which he claimed that the terror attacks were “karma” for the Iranian Regime’s sponsorship of terrorism.

Williams acknowledged that ISIS’s attacks were a human tragedy in which at least 17 innocent people died, but advised the world to recognise the role that the Regime has played in other terror attacks around the world.

He wrote: “When you bear the dubious distinction as the world’s top state sponsor of terrorism, to be hit with the same kind of terrorist ideology you promulgate must be a pretty alarming waking up call.”

He cites that the Iranian Regime is dedicated to terrorism, human rights abuses, and the oppression of its people, all to prop up its nuclear ambitions and its shaky hold on power.

Williams wrote: “Abhorrent human rights violations target innocent Iranian civilians on a regular basis. Women are attacked with acid and arrested for dancing without wearing veils. A woman was recently hanged for killing her rapist in self-defense. [Gay men] have also been strung up on the gallows in the public square. Those perceived to be religious or ethnic minorities, members of political dissident groups, and some journalists have been jailed, persecuted and even executed.”

They fund terrorist groups abroad, have instigated terror attacks, and even train terrorist in camps inside Iran.

Williams wrote: “Tehran’s sponsorship of terrorism has far-reaching tentacles. Hezbollah in particular, the Iranian regime’s main terrorist arm, poses a serious threat and is responsible for killing more Americans than any other terrorist group after al Qaeda. In addition to Hezbollah, Iran also supplies conventional weapons to its terrorist proxies including Hamas, Assad’s murderous Syrian regime, and various groups in Iraq and Lebanon.”

He continued: “ISIS, the Taliban and al Qaeda have also received support from the extremist Iranian mullahs, which is ironic since each of these terrorist groups’ ideologies are determined to eradicate Shi’ism, which just happens to be the religious backbone of the Iranian regime. And the reason for this twisted terrorist support is sickening: Tehran sees benefit in forming tactical alliances with these terrorist entities because they too loath America, and are motivated by a virulent anti-West agenda.”

But now, the Iranian mullahs want to pretend that they are the victims of terrorism?

Williams wrote: “Iran cannot sponsor terrorism, celebrate a culture of violence, spread extremist ideological hatred, and then express outrage when it is burned by the same fire it has been stoking for decades…The Iranian mullahs cannot have it both ways. They cannot support terrorism on one hand, and then play the victim when they receive a taste of their own medicine.”

He then cites Donald Trump’s statement on the attacks.

Trump said: “We grieve and pray for the innocent victims of the terrorist attacks in Iran, and for the Iranian people, who are going through such challenging times. We underscore that states that sponsor terrorism risk falling victim to the evil they promote.”

The "food poverty line", the warning of a silent...