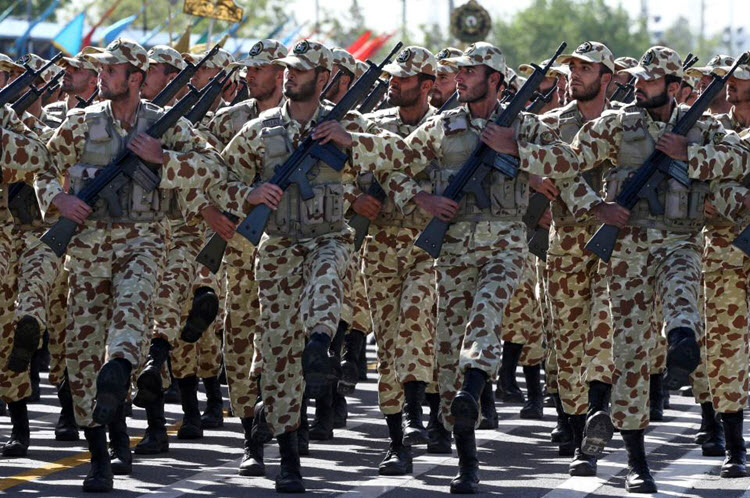 London, 13 Jul – The head of the Iranian Revolutionary Guards Corps’ (IRGC) specialised Quds Force and the President of Iran recently acknowledge that the Iranian Regime has been meddling the affairs of other countries, making weapons for foreign fighting forces, and have been warmongering in Iraq and Syria.

Qassem Suleimani said that the commander of Hashid Al-Shabi, an Iraqi military unit that has been helping the IRGC in Syria, was able to obtain thousands of tonnes of weapons from Iran and that Iranian Supreme Leader Ali Khamenei had instructed that the Regime supports Hashid Al-Shabi. Essentially, Iran’s Defense Ministry was making weapons for Iraq round the clock.

He said that this Iraqi unit was heading to become a Hezbollah army.

He said: “The Lebanese Hezbollah played a major role in the victories of Iraq and Syria… it was the Hezbollah that sacrificed many martyrs and placed all its experience before the Hashid al-Shabi. I kiss the hands of [Hezbollah chief] Hassan Nassrallah… today the Iraqi Army is heading to become a ‘Hezbollah’ army.”

While President Hassan Rouhani told the IRGC-associated Fars news agency, that the Regime has placed the economy effectively at the disposal of warmongers in Iraq and Syria.

He said: “We supported the people of Iraq and Syria while being under the harshest of conditions… Who provides the salary and weapons of these people? All the weapons Iraq needed… and who provided the money while being under sanctions?

In a statement released on their website on Jully 12, the National Council of Resistance of Iran, said: “These remarks prove once again how despite their increasing power struggle, the Iranian regime’s various factions by no means differ in exporting terrorism, fundamentalist and warmongering. Until this regime is in power the mullahs will never forgo their meddling in Syria, Iraq, Yemen, Lebanon and Bahrain. This is an inseparable branch of the mullahs’ survival strategy. Designating the IRGC as a foreign terrorist organisation, and expelling this entity and their proxies from the region is a necessity in establishing peace and stability across the Middle East.”

AFP: Iran argued its case last month before an...