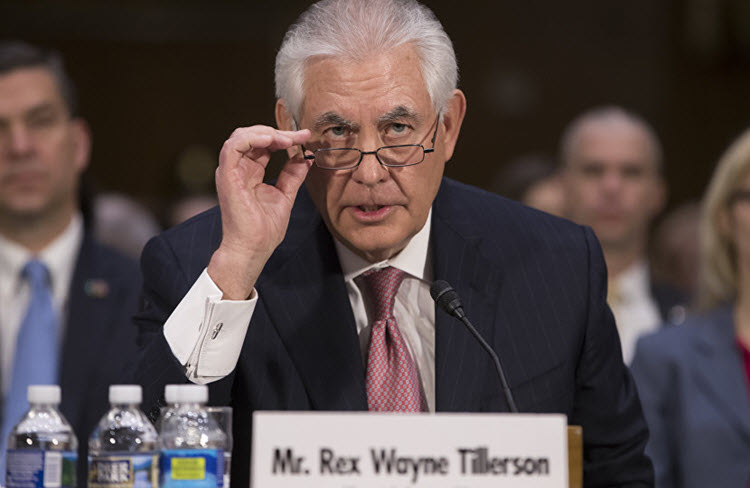 London, 13 Jul – The US Secretary of State Rex Tillerson must declare Iran non-compliant with the 2015 nuclear deal or risk “rewarding Iran’s belligerence”, according to Republican senators.

Four high-ranking senators from the Republican Party, including two presidential candidates, one vice-presidential candidate from the 2016 election, and one of Donald Trump’s top congressional allies, wrote an open letter to Tillerson, warning him of the dangers of ignoring Iran’s misdeeds again.

The letter, written by Ted Cruz (Texas), Marco Rubio (Florida), David Perdue (Georgia), and Tom Cotton (Arkansas), read: “We believe that a change in that policy is long overdue. In light of Iran’s malign actions since the signing of the [nuclear deal], the only reasonable conclusion is that the full suspension of U.S. sanctions is not in the vital national security interests of the United States and that Iran has consistently violated the terms of the [nuclear deal].”

If Tillerson followed their advice, it could be the first step to dismantling the deal signed by President Barack Obama and five other world powers, which Trump promised to do on the campaign trail.

The senators wrote: “We believe that a change in that policy is long overdue. What would be highly imprudent is to continue the Obama-era practice of offering sheepish and faint-hearted certifications as a matter of course, hoping no one takes notice. That is the surest way to encourage Iran’s campaign of imperial aggression and speed its progress toward a nuclear breakout.”

The deal must be reviewed by the State Department every 90 days in order to ensure Iran’s compliance. In April, Tillerson rubberstamped the verification despite criticising Obama for “strategic patience”, which Tillerson referred to as “a failed approach”.

So it is time to put those words into action.

The senators letter detailed just a few of the transgressions that Iran has been responsible for, including refusing to allow international inspectors access to the nuclear sites and military facilities in violation of the nuclear deal, launching ballistic missiles in violation of UN resolutions, and setting up a terrorist training camp.

The letter read: “Even if we put aside issues related to Iran’s violations of the [nuclear deal], the full suspension of U.S. sanctions falls far short of being ‘vital to the national security interests of the United States,’ as required by [federal law]. In fact, a continuation of the current policy would be tantamount to rewarding Iran’s belligerence.”