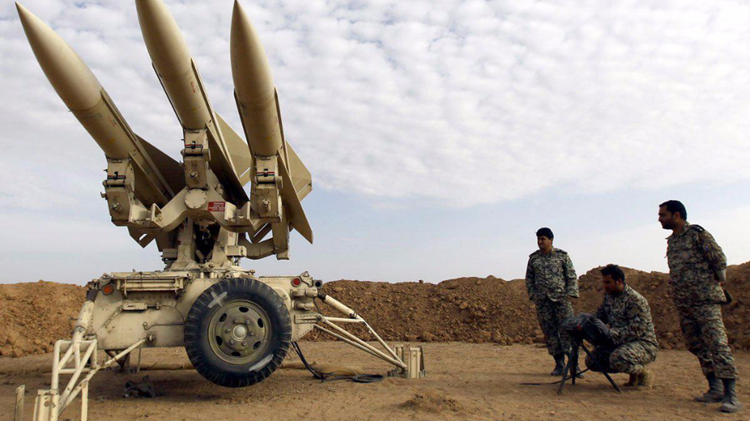 London, 16 Aug – Iranian Mullahs chanting “Death to America” recently voted to increase its budget for funding terrorism and its ballistic missiles programme by a total of $609 million.

This staggering increase in military funding will reportedly be divided equally between the Iranian Regime’s militant Quds Forces, which is at the centre of virtually all of Iran’s proxy wars in the Middle East, and the ballistic missile programme, which is one of their major disputes with the US right now.

This is unsurprising really.

The Iranian Regime has been rapidly funnelling millions of dollars into its proxy wars, illicit missiles programmes, and terrorist cells across the Middle East, like Hezbollah, Shiite militias in Iraq and the Houthis.

Michael Tomlinson wrote on Iran Lobby that the US should have expected this result from the very moment that they shipped hostage payments to Iran with no conditions attached.

He also warned that we might never know how much money the Iranian Regime is really diverting towards their own military industrial complex.

He wrote: “The Iranian regime does not report funding for its military nor for its paramilitary operations through its Quds Forces so we really don’t know how much money Iran really is spending on its missile and terror programs, but there can be little doubt the mullahs consider both high priorities.”

The Iranian Regime has been quick to lay the blame on the Trump administration and attempt to paint the increase in terrorism and missile funding as a legitimate response to US sanctions and threats to rescind the nuclear deal, but no one is buying that.

Indeed, Tomlinson believes that this may even be a case of Iran trying to keep up with fellow rogue state North Korea, who recently announced that they have a missile capable of reaching the US mainland and have threatened the US territory of Guam.

The two totalitarian countries are believed to have been working together on the development of nuclear weapons for some time now, despite Iran’s international agreement.

The 2015 agreement is now largely believed to have been far too lenient on Iran, for allowing Iran to access all the benefits up front, for not closing down Irans ballistic missile programme, for giving too much notice to Iran with regards to inspections.

All of this gives Iran the power to seem compliant with the nuclear deal while still working on their nuclear weapons programme in secret.

Tomlinson wrote: “Instead, the Iran deal has pumped hundreds of millions of dollars into Iran which the mullahs are now funnelling into the IRGC…The bolstering of Iran’s missile fleet and Quds Forces comes at the worst possible time for hopes of regional stability as Iran is now deeply involved in full-blown war and covert subversive campaigns in Syria, Iraq, Bahrain, Qatar, Kuwait, Yemen and now recently fired mortars and rockets along the Pakistan border.”

He concluded: “All of the promises made by groups such as the National Iranian American Council that Iran would be a moderate force with the nuclear deal passed have been proven false and the world is now going to live under the threat of Iranian missiles because of it.”

US, world reserves can offset Iran oil for 18 months