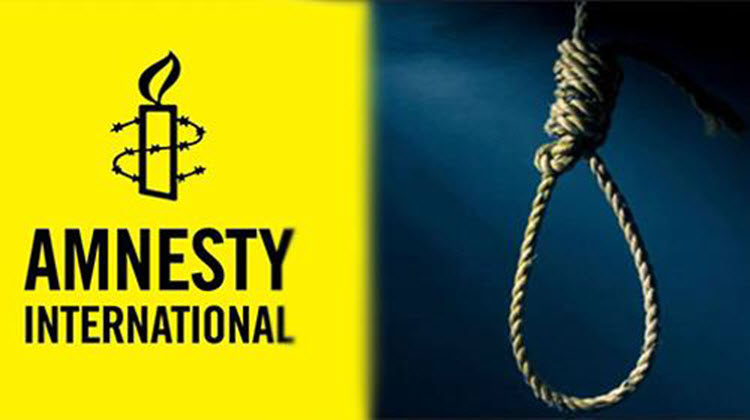 London, 16 Aug – Amnesty International called on the Iranian Regime to halt the execution of a man who was sentenced to death as a juvenile.

Mehdi Bohlouli was just 17 when he was sentenced to death by an Iranian criminal court in November 2001 for fatally stabbing a man during a fight, according to the human rights group.

Bohlouli’s execution was due to take place on Wednesday August 16. As this story was filed in the early hours, it is not known if Amnesty’s calls for a stay of execution was successful.

He was placed in solitary confinement in Raja’i Shahr Prison in Karaj, near Tehran, on Monday, and his family were told to come to the prison to attend their final visit.

This is the second time in a week that a person who was sentenced as a child will be executed in Iran.

Alireza Tajiki, who was only 15 when he was arrested for murder and sodomy in 2011, was executed last week. It was reported that his confession- the only substantial evidence against him- was extracted under torture and should have been thrown out.

Magdalena Mughrabi, Deputy Director for the Middle East and North Africa at Amnesty International, said: “By scheduling this unlawful execution when the world is still expressing outrage about Alireza Tajiki, the Iranian authorities are effectively declaring to the international community that they have no shame in remaining the world’s top executioner of those who were children at the time of the crime. The head of Iran’s judiciary must immediately intervene and stop this execution from taking place before Iran’s cruel justice system takes yet another life.”

Iran is one of the last countries in the world to execute people who are convicted of crimes before they reach adulthood, in violation of international law.

Mughrabi said: “The latest round of executions of individuals for crimes committed while under 18 shows that the sickening enthusiasm of Iran’s justice system for the death penalty knows no bound. This is nothing short of an all-out assault on the UN Convention on the Rights of the Child.”

In April, United Nations human rights experts said that there are at least 90 people on death row in Iran who were sentenced as children. The number could be significantly higher because prison records in Iran are notoriously secret.

In 2017 alone, Iran has already executed at least four people who were convicted as children.