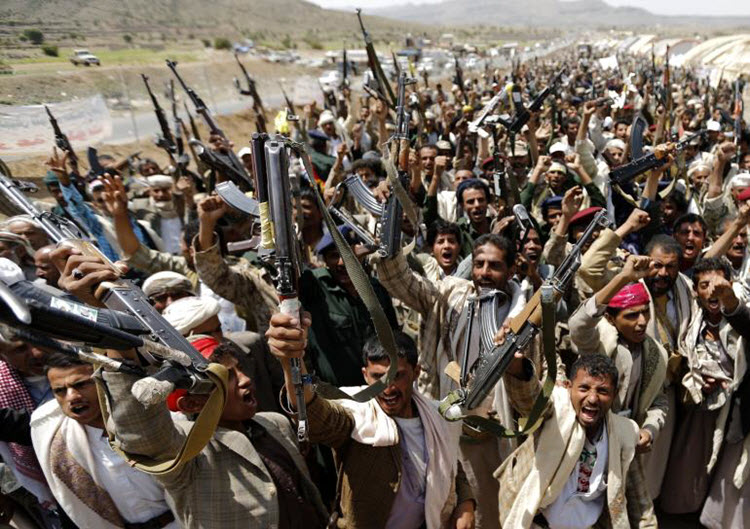 London, 20 Sep – The Iranian Regime is smuggling illicit weapons into Yemen to fuel the civil strife, according to the most senior American admiral in the Middle East.

Vice Adm. Kevin M. Donegan said that Iran, who has repeatedly been accused of supplying weapons to the Houthi rebels who wish to overthrow the Western-backed government, are still trafficking illegal weapons to their terrorist proxy group which they then fire on Saudi Arabia.

The weapons that Iran is providing to the Houtis include anti-ship and ballistic missiles, like deadly sea mines and explosive boats. These weapons have been used to attack ships in the Red Sea or Saudi troops along the border between Saudi Arabia and Yemen.

Although the forces of the United States, the Yemeni government and their allies have made several strikes of their own and recaptured some territory from the Houthis, the danger still persists.

Admiral Donegan, who is stationed at the Fifth Fleet headquarters in Bahrain, said: “These types of weapons did not exist in Yemen before the conflict. It’s not rocket science to conclude that the Houthis are getting not only these systems but likely training and advice and assistance on how to use them.”

He made these comments on Monday, September 18, just one day before Donald Trump addressed the United Nations General Assembly called out the Iranian Regime for their violations of the nuclear deal and support for terrorism.

Admiral Donegan’s comments are supported by a Conflict Armament Research report from late 2016.

The private arms consultancy firm reported that there was evidence of a “weapon pipeline, extending from Iran to Somalia and Yemen, which involves the transfer, by dhow, of significant quantities of Iranian-manufactured weapons and weapons that plausibly derive from Iranian stockpiles”.

Iran has been subjected to a series of international sanctions banning it from exporting arms for years now.

The US said that the Iranian Regime has violated these sanctions in favour of supporting their terrorist proxies including Iraq, Syria, Yemen and the Palestinian territories.

Between September 2015 and March 2016, allied warships raided four Iranian boats and found over 80 antitank guided missiles, 5,000 Kalashnikov rifles as well as sniper rifles, machine guns and almost 300 rocket-propelled grenade launchers, in total, according to the US Navy.

While there have been no seizures since, Admiral Donegan said that suspects Iran played a role in rearming the Houthis.

He said: “It is not something that was a one-time deal and stopped. It appears to be progressive.”