How Saudi Arabia Is Confronting Iran in the Middle East 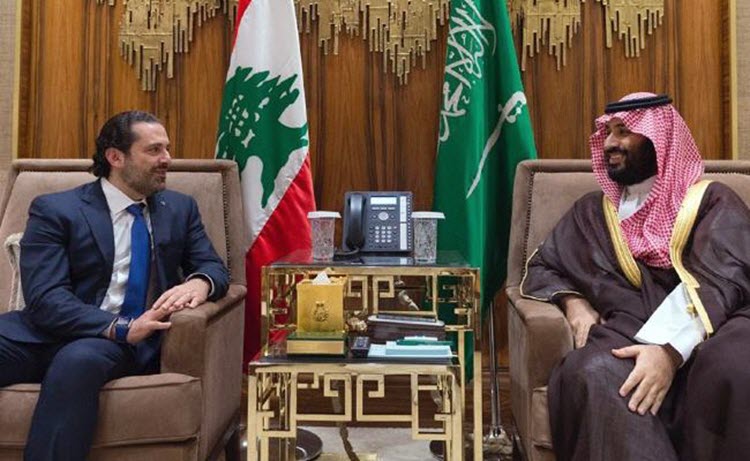 London, 9 Nov – Saudi Arabia is increasing its confrontation of the Iranian Regime on serval fronts across the Middle East but so far, it has failed to stop Iran’s malign interference in any major ways.

The biggest and boldest parts of this policy come from Crown Prince Mohammed bin Salman, who has launched a military campaign against Iranian proxy group, the Houthis, in Yemen and confronted Qatar over its ties with Iran, which led to a blockade of the small country earlier this year.

In spite of the Prince’s efforts, the Iranian Regime has manipulated wars in Iraq and Syria to build a bridge of alliances from the Persian Gulf to the Mediterranean.

So will the Saudis push harder against the Regime? Well after this weekend, that looks highly likely.

On Saturday, the Houthis fired a ballistic missile at Riyadh’s international airport, which was thankfully intercepted by the Saudi military without loss of life. Saudi Arabia has since blamed the Iranian Regime for supplying them with the weapon and ordering the attack.

Also on Saturday, Lebanese Prime Minister Saad Hariri, a key Saudi ally, announced his shock resignation at a press conference in Riyadh. He expressed fears that the Iranian Regime and their proxy group Hezbollah were planning to assassinate him, as they did to his father in 2005.

These developments mean that Saudi Arabia will have to respond with strength.

Saudi Arabia is unlikely to take direct military action against Iran because it is already stretched with the war in Yemen, it has a smaller army (although with more advanced weaponry), and it would risk destabilization of the Gulf, potentially disrupting oil shipments.

It would seek the approval of the US before engaging in a direct confrontation but American is unlikely to give the go-ahead, which means that regional proxy battles in Yemen, Lebanon, Syria, and Qatar, are far more likely.

In Yemen, a coalition led by Saudi Arabia is already fighting Iranian-backed Houthis, who are rebelling against the internationally approved government. The Houthis said that they would continue to target Saudi Arabian ports with missile strikes, which means that the conflict could go beyond Yemen’s borders.

In Lebanon, Saudi Arabia supported Hariri against Iran-backed Hezbollah, until his resignation, with Saudi minister Thamer al-Sabhan blaming Iran for the instability.

In Syria, the Iranian Regime supports the Bashar Assad dictatorship in his attacks against Saudi-backed rebels. Iran has bolstered its forces in Syria, with fighters from its proxy groups including Hezbollah and Iraqi Shiite militias, and Saudi Arabia’s efforts to push Iran out of Syria appear to have crumbled.