Tackle Terrorism at Its Source Iran 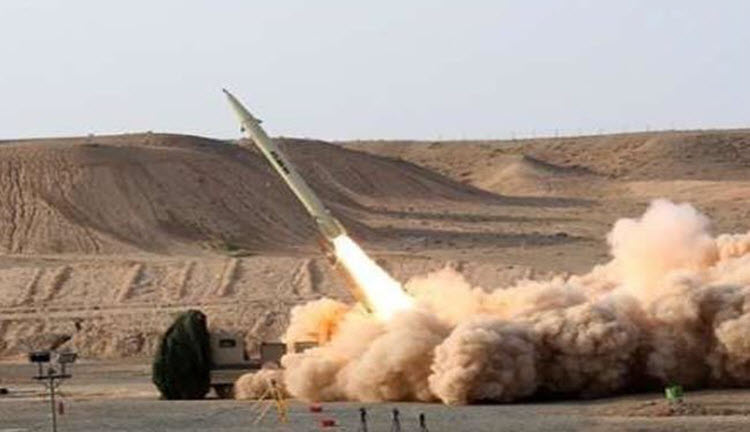 London, 9 Nov – The US has accused Iran of violating international law by supplying the Houthi terrorist group with ballistic missiles that were fired at Saudi Arabia over the weekend and vowed not to “turn a blind eye to these serious violations”.

Nikki Haley, the US ambassador to the UN, said on Tuesday: “By providing these types of weapons to the Houthi militias in Yemen, Iran’s Revolutionary Guard Corps is violating two UN resolutions simultaneously. We encourage the UN and international partners to take the necessary action to hold the Iranian regime accountable.”

The Houthis in Yemen, who actually launched the missile, said that their ballistic missiles had a range of 1,500km and threatened to attack more cities in Saudi Arabia and the UAE.

Colonel Aziz Rashed, an army spokesperson with a Houthi-allied unit, said: “All airports, ports, border crossings and areas of any importance to Saudi Arabia and the UAE will be a direct target of our weapons.”

In the past, Haley has repeatedly called on the UN Security Council to take a tougher stance on the Iranian Regime’s illegal arms deals and military interference in Yemen, Lebanon and Syria, which are a clear violation of the resolution that surrounds the 2015 nuclear deal between Iran and six world powers.

Now she may have to ask the Security Council to punish Iran for breaking the resolution on supplying weapons to the Houthis by either blacklisting individuals/groups or seeking a new resolution for additional sanctions on Iran.

During a phone call with British Foreign Secretary Boris Johnson on Monday, Saudi Crown Prince Mohammed bin Salman said that the Iranian Regime’s decision to supply Houthi militias with missiles is considered to be “direct military aggression” and perhaps even “act of war”.

However, Saudi Foreign Minister Adel Al-Jubeir said that attack was launched by Iranian-backed Hezbollah from the Houthi-occupied territory in Yemen, sparking confusion over the attackers. Regardless of whether it was the Houthis or Hezbollah, the root problem is still Iran.

Human Rights Watch said the missile launch was “most likely a war crime” and many others spoke out against the Iranian Regime for its role.

The Pentagon said that Saudi Arabia had exposed Iran’s malign influence in Yemen and vowed to work with the Kingdom on tackling Iran.

While, Oubai Shahbandar, a Syrian-American analyst and fellow at the New America Foundation’s International Security Program, said: “It is clear that the leadership in Tehran is shipping more advanced missiles to Houthi militias with the specific aim of targeting major Saudi cities, such as Riyadh… The only real solution is to neutralize the problem at its source — the missile shipping and manufacturing centres in Iran.”

Missiles supplied by the Iranian Regime to the Houthis were also fired at Makkah in July.

AP: The Iranian parliament is considering a proposal to...

AP: The head of an Iranian delegation in Moscow...