The US Must Support Saudi Arabia to Defeat Iran 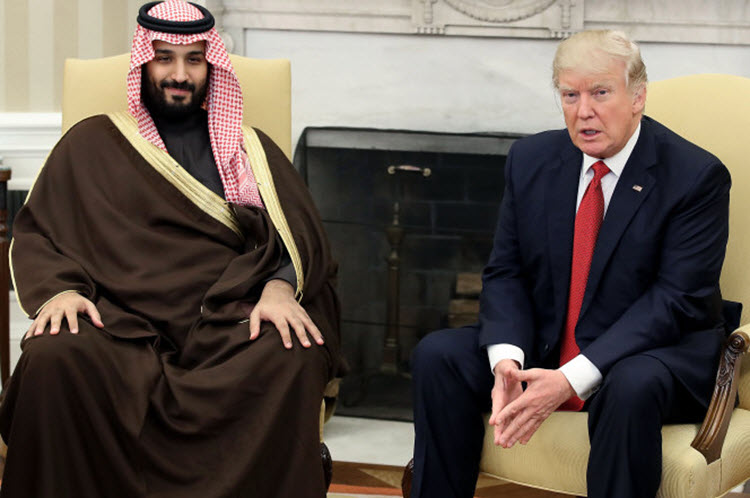 London, 9 Nov – Saudi Arabia has blamed Iran for an attempted ballistic missiles attack on Riyadh International Airport over the weekend, saying that such a move could be considered an “act of war”.

The news of the attempted attack came on Sunday, after the Saudis had intercepted a missile in their airspace using their US-made defence system. They said that the missile was launched by Iran-backed Houthis in rebels neighbouring Yemen.

On Monday, the Saudis said that Iran had directly supplied the Houthis with the missile and called it “a blatant act of military aggression”.

At the same time as the attempted attack on Saudi Arabia, Saudi ally and Lebanese Prime Minister Saad Hariri gave a shock resignation speech live from Riyadh, revealing that he feared the Iranian Regime and their Lebanese puppets Hezbollah would assassinate him if he remained in office, as they did his father, Rafik, in 2005.

The Saudi Crown Prince Mohammed bin Salman is currently orchestrating a pushback against Iran, which some believe could lead to a proxy war on Lebanese soil. He has already claimed Arab leadership in the fight against Iranian proxies (i.e. Hamas, Hezbollah) that aim to take over countries across the Middle East, like Iraq, Syria and Lebanon, and threaten US allies, like Saudi Arabia, Jordan and Israel.

He is also bringing in modernising reforms, like removing corruption, increasing human rights, and turning Saudi Arabia away from an oil-based economy.

These reforms and the drive against the Iranian Regime should encourage the Trump administration to back the key US ally even more.

Salman could prove an important ally against Sunni terrorism, Iranian expansionism, and Arab antagonism towards Israel. However, Salman needs US help first to battle the forces that support terrorism and hate the West, otherwise he may be defeated before he can help.

Benny Avni wrote on the New York Post’s website that this is a chance to change US policy on the Middle East for the better.

He wrote: “In Iraq, we didn’t push hard enough against an Iranian-backed assault on our allies, the Kurds. In Syria, we’re desperately looking for a way out, even as Iran toils to control the entire country…The opportunities here are too great to do nothing. To help the new power, America must regain the leadership role it lost in a region we’ve hoped to leave to its own devices. The more involved America is, the more we can nudge [Salman], the Saudis and perhaps the entire region away from their worst instincts.”

After U.S. departure, a bloodbath in Iraq?

Reuters: As the clock ticks towards the end of...

The Sunday Telegraph: Russia and China will be urged...