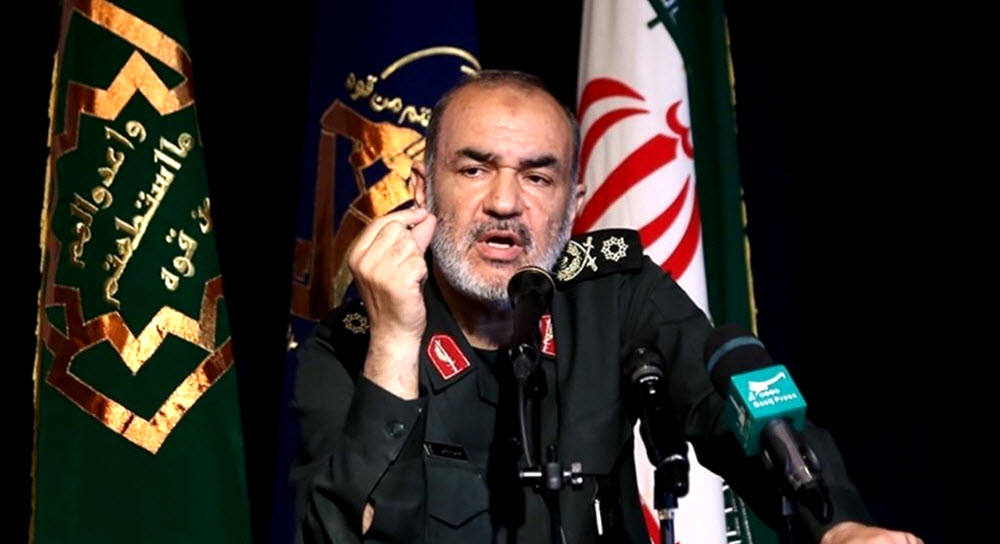 London, 27 Nov – Iran has issued a severe threat to European countries, with a high-ranking Iranian general warning that the Regime will upgrade its ballistic missiles to hit Europe if it feels threatened.

According to the Fars news agency on November 25, Salami said: “If we have kept the range of our missiles to 2,000 kilometres, it’s not due to lack of technology — we are following a strategic doctrine.”

The Center for Strategic and International Studies (CSIS), a Washington-based think-tank, expressed their belief that Iran already has the ballistic weapons needed to attack the Balkan states, like Albania where a number of Iranian dissidents were relocated to in 2016 to protect them from the Regime’s violence.

In a statement, CSIS said: “Iran possesses the largest and most diverse missile arsenal in the Middle East, with thousands of short and medium-range ballistic and cruise missiles capable of striking as far as Israel and southeast Europe.”

They continued: “Missiles have become a central tool of Iranian power projection and anti-access/area-denial capabilities in the face of U.S. and Gulf Cooperation Council naval and air power in the region.”

Last month, Major General Mohammad Ali Jafari, the head of the IRGC, said that Iran did not need to extend the reach of their ballistic missiles because the existing 1,250 mile missile range was able to cover “most of American interest and forces” within the Middle East, according to a Reuters report.

Jafari also said that the current missile range limit was established by the country’s Supreme Leader Ayatollah Ali Khamenei, who is also the head of the military.

Well, in early November, French President Emmanuel Macron called for an ‘uncompromising’ dialogue with  Iran about its ballistic missile programme.

The UK also appeared to back Saudi Arabia’s statement that Iran had not only provided the Houthis with the ballistic missions to attack Riyadh but had directly ordered the attack. The US accused Iran of doing this during a previous attack in July.

Iran has claimed that its missile programme is purely for defensive purposes and that it is ‘non-negotiable’ but the evidence against this is mounting. After European leaders hit out at the Regime, they want to retaliate in the only way they know how- violence.

Bridging the U.S.-Israeli gap on Iran

Washington Post: That there are differences between Mr. Obama...